WANT TO HEAR THE SHOW AS IT AIRS ON SUNDAY NIGHTS?  Visit https://WeirdDarkness.com/RADIO to get a list of broadcast stations and times!  Patreon members (https://WeirdDarkness.com/patrons) get a commercial-free version of the show, complete with both hours of the broadcast, immediately after the show has finished airing nationwide!  And subscribers of the podcast get the SUDDEN DEATH OVERTIME episodes with content I didn’t have time to air because I ran over time, along with bloopers from that night’s show you didn’t get to hear!
Listen to “OCTOBER 24, 2021 #WeirdDarknessRadioShow” on Spreaker. 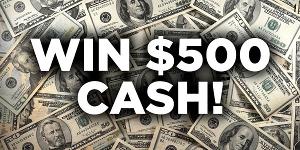