(By Caleb Strom for Ancient Origins)

The ancient Greeks are credited with having made many early advancements in science and mathematics which influenced later western civilization. Aristarchus of Samos proposed an essentially heliocentric cosmology millennia before Copernicus, and Archytas is credited with inventing a steam-powered flying machine long before the Wright brothers invented their powered flying machine in 1903. As a result, it is not surprising that some speculate that the ancient Greeks and other similarly advanced civilizations, such as ancient China and India, may have been even more advanced than is currently believed, even capable of ancient spaceflight.

A Case of Ancient Spaceflight?

A quote by Socrates (470-399 BC) recorded in Phaedo is one source of such speculation. The translation of the text is as follows.

“that by reason of feebleness and sluggishness, we are unable to attain to the upper surface of the air; for if anyone should come to the top of the air or should get wings and fly up, he could lift his head above it and see, as fishes lift their heads out of the water and see the things in our world, so he would see things in that upper world; and, if his nature were strong enough to bear the sight, he would recognize that that is the real heaven[110a] and the real light and the real earth. For this earth of ours, and the stones and the whole region where we live, are injured and corroded, as in the sea things are injured by the brine, and nothing of any account grows in the sea, and there is, one might say, nothing perfect there, but caverns and sand and endless mud and mire, where there is earth also, and there is nothing at all worthy to be compared with the beautiful things of our world. But the things in that world above would be seen to be even more superior to those in this world of ours. [110b] If I may tell a story, Simmias, about the things on the earth that is below the heaven, and what they are like, it is well worth hearing.”

“By all means, Socrates,” said Simmias; “we should be glad to hear this story.”

Well then, my friend,” said he, “to begin with, the earth when seen from above is said to look like those balls that are covered with twelve pieces of leather; it is divided into patches of various colors, of which the colors which we see here may be regarded as samples, such as painters use. [110c] But there the whole earth is of such colors, and they are much brighter and purer than ours; for one part is purple of wonderful beauty, and one is golden, and one is white, whiter than chalk or snow, and the earth is made up of the other colors likewise, and they are more in number and more beautiful than those which we see here. For those very hollows of the earth which are full of water and air, present an appearance [110d] of color as they glisten amid the variety of the other colors, so that the whole produces one continuous effect of variety. And in this fair earth the things that grow, the trees, and flowers and fruits, are correspondingly beautiful; and so too the mountains and the stones are smoother, and more transparent and more lovely in color than ours ”

Socrates’ description of the earth appearing like a colorful ball from above sounds a lot like the planet Earth viewed from orbit to modern ears. This passage is popular among enthusiasts of aviation and space exploration since it presents a positive view of being above the ground.

Others, however, think that there is yet another layer. Some readers see this as evidence that Socrates actually saw the surface of Earth from orbit, or that he had access to records from another civilization capable of ancient spaceflight that was able to convey an accurate description of the appearance of Earth from space. 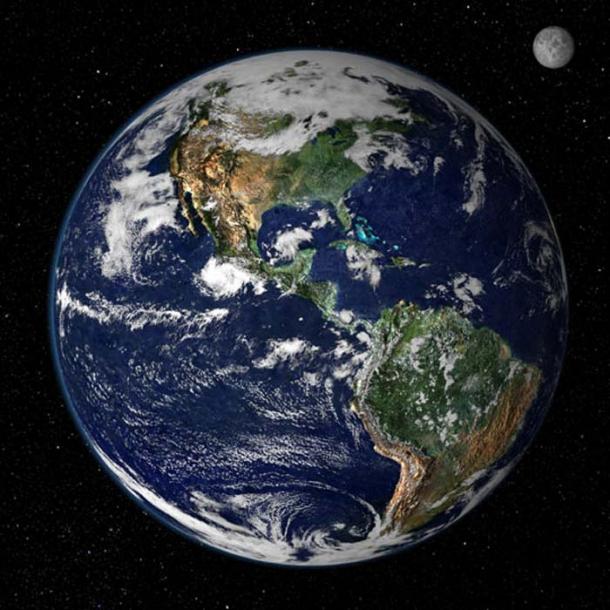 This true-color image shows North and South America as they would appear from space 35,000 km (22,000 miles) above the Earth. The image is a combination of data from two satellites. (Created by Reto Stöckli, Nazmi El Saleous, and Marit Jentoft-Nilsen, NASA GSFC )

Scientific Knowledge of the Ancient Greeks

Although science did not begin with the Greeks, the primary way that modern science is practiced does have its roots in ancient Greek thought. Earlier civilizations known to the ancient Greeks did science as well. The ancient Egyptians and Mesopotamians are known for their relatively advanced astronomy and engineering, for example.

The main difference is that, for earlier ancient Near Eastern and Mediterranean civilizations, science was a means to an end. The ancient Egyptian and Mesopotamian priests were only interested in astronomy as far as it aided them in constructing their calendars and determining the will of the gods through astromancy. Physicians, likewise, were only interested in anatomy and physiology so far as it aided them in healing. 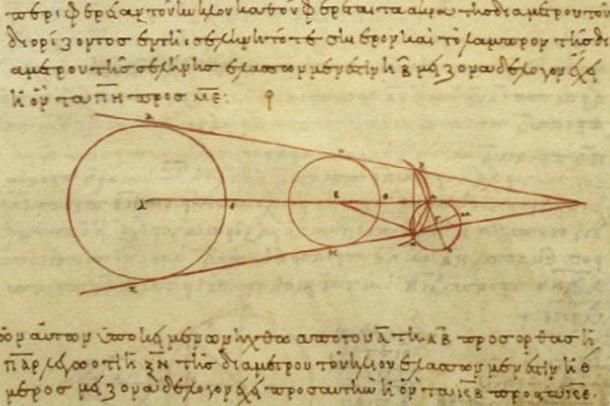 10th century AD Greek copy of Aristarchus of Samos’s 2nd century BC calculations of the relative sizes of the Sun, Moon and the Earth. ( Public Domain )

Another difference between the way these older civilizations did science is that gods were usually invoked to explain natural phenomena. There were probably exceptions to this, but for the most part, these civilizations used science for practical purposes only and not to understand the universe. Understanding the inner workings of the cosmos was left to the field of mythology. This was true of the earliest Greek thinkers as well.

Beginning with Thales (624-546 BC), the pre-Socratic Greek philosophers began to do science for different reasons. Their scientific inquiry was not just for practical purposes such as creating calendars, but also to better understand the cosmos. Also, instead of directly invoking gods to explain lightning, earthquakes, and other natural phenomena, these early philosophers sought materialistic explanations based on their experience of nature. For example, Thales explained earthquakes by saying that the earth’s disk was being rocked by the waves of the ocean on which the land floated. 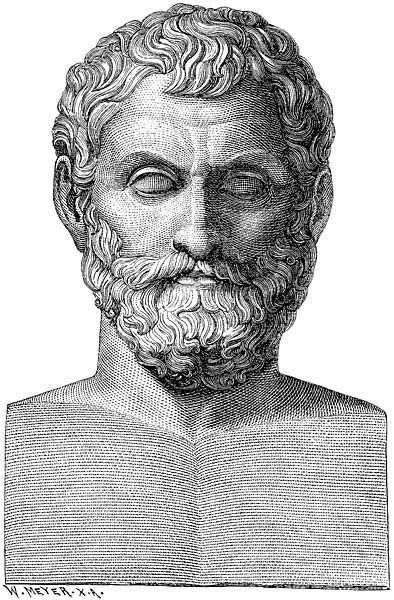 Most of the specific ideas and explanations of the pre-Socratic philosophers are completely wrong from the perspective of modern science, but they were significant in that they were some of the earliest attempts to use natural explanations rather than supernatural ones to understand the physical world.

This approach would later lead to some fruitful developments in the natural sciences and in engineering. Later Greek and Hellenistic scientists would use this way of thinking about the natural world to invent steam-powered devices, analogue robots, argue that the seat of intelligence was in the head not the heart, as many ancient civilizations believed, and, of course, show that the earth is spherical and not flat like most ancient cosmologies and some pre-Socratic philosophers, such as Thales and Anaxagoras had argued. 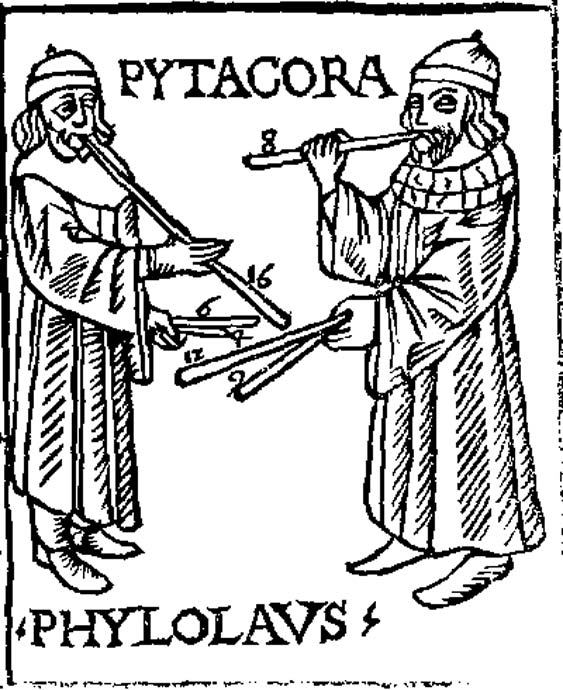 Philolaus was a contemporary of Socrates so it is possible that Socrates was familiar with his ideas. Socrates’ description of the earth as being like a colorful ball also resembles Philolaus’ probable view that the earth is a moving sphere. Furthermore, Plato, Socrates’ most notable student, also believed in a spherical earth and may even have been a proponent of the cosmological ideas of Philolaus.

Socrates himself did not think much of cosmology and probably wouldn’t have cared much if Plato disagreed with him on that subject, but this does make it more likely that Socrates believed in a spherical earth, since his most prominent student did. 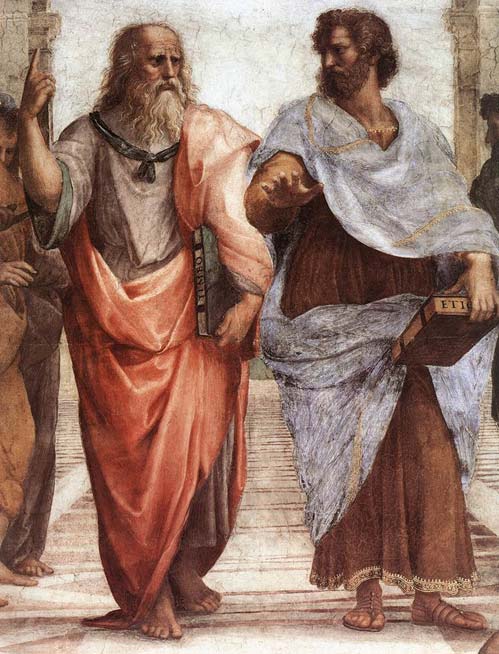 As old man, Plato (left) and Aristotle (right), a detail of The School of Athens, a fresco by Raphael. ( Public Domain )

By the time of Socrates, the idea of a spherical earth was already accepted by many, if not all, of most educated Greeks engaging in philosophy, which means that he does not say anything in the passage which is unexpected or anomalous based on what we know of ancient Greek science. This could be evidence that the Greeks had firsthand knowledge of what Earth looks like from orbit, but this view is not required, based solely on analysis of this passage.

Additionally, one problem with the claim that this is evidence of Earth being seen from orbit by the ancients is that there is no indisputable evidence that any civilization prior to the mid-20th century AD was capable of spaceflight.

Also, if one has ever been to the top of a high mountain, it does not seem that difficult to guess the appearance of the earth if seen from a great height. Although it is possible that this is evidence of ancient spaceflight, Occam’s razor would mitigate against this view since there is no undeniable evidence that the Greek civilization, or any contemporary or prior civilization, was capable of spaceflight and it is not too difficult to simply guess the general appearance of Earth’s surface from a great height, if it is assumed to be spherical. 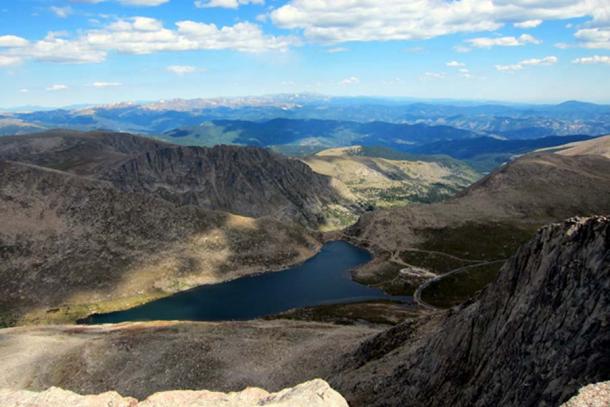 Top Image: The Statue of Socrates at the Academy of Athens. Work of Leonidas Drosis (d. 1880). (C messier/ CC BY SA 4.0 ) Background: This NASA image shows Earth from space. The image is a combination of data from two satellites. ( NOAA)