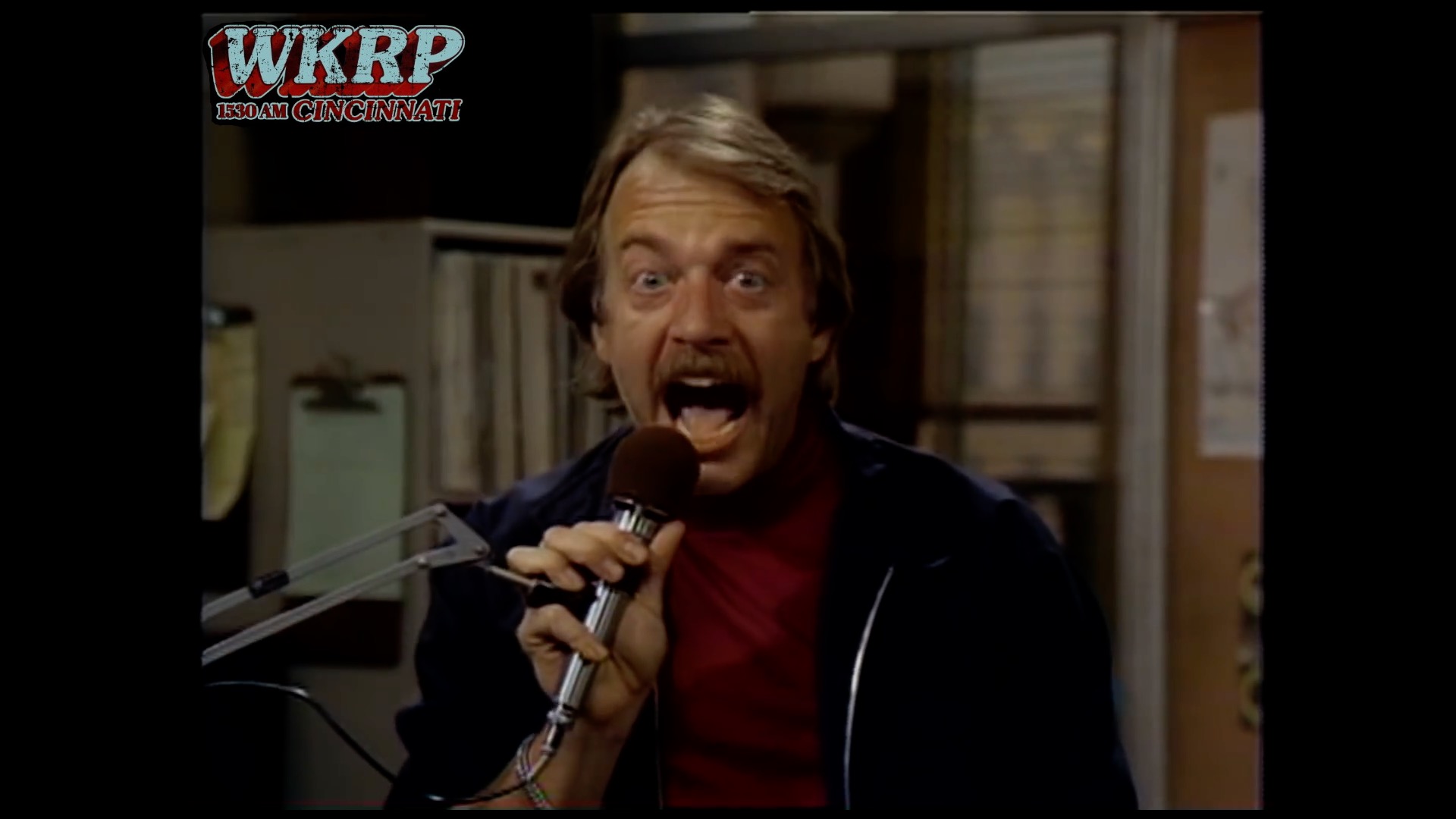 Upon hearing of the passing of Howard Hessman I have been contemplative about just how big of an impact the man made in my life.  Some may remember Howard Hessman as Charlie Moore from the TV show “Head of the Class”, or as Franklin on “Soap”, or Sam on “One Day At A Time”.  But for me, he will always be Johnny Fever (a.k.a Johnny Caravella, Johnny Duke, Johnny Style, Johnny Cool, Johnny Midnight, Heavy Early, Johnny Sunshine) on TV’s “WKRP In Cincinnati”.

If you are reading this then it’s more than probable you have heard my voice somewhere: either on the radio locally or nationally, or on radio/TV commercials, or YouTube videos, or audio theater productions, or client voiceovers, or my podcasts.  None of that… and I mean NONE OF THAT… would’ve happened had I not been inspired to look at a career in radio to begin with. And that would never have occurred without Dr. Johnny Fever and “WKRP In Cincinnati”.

Watching Hessman made me fall in love with a career in radio even before I walked into that small AM radio station in Kansas City and told them I’d be willing to work for free – just to get my foot in the door.  That was in 1990 and I’ve been in full-time radio ever since, and have never looked back.  Even when unemployed (which happens a lot to radio jocks), I was still prepping every day as if still doing a daily show until I was able to land my next radio gig.  From KCNW to KFKF to KCCV to KCWJ to WQFL to WGEZ to WYLL and other stations I’ve worked with, including voicetracking through Marlar House Productions, to my syndicated radio show with Radio America, radio is an essential, irremovable, irreplaceable part of my genetic being.  I’ve been working full-time in radio since 1990 – and I have no plans to leave in the near future no matter how successful other endeavors of mine may or may not become.

I quite literally cannot imagine life without being immersed in the waves of radio broadcasting in some way, shape, or form.  I may be mostly known today for my Weird Darkness podcast and radio show, but it was that first step into radio way back in 1990 in Kansas City that got this mammoth snowball rolling.  Sure, I’ve had other inspirations since then, people I admire or look up to; some you’ve heard of, some you haven’t.  But their names are meaningless in comparison to Dr. Johnny Fever.  I owe my career to Howard Hessman and though I have never met or spoken with the man, I hope now in the afterlife he can read these words and know the enormously large and positive influence he has been on my life’s direction – and how many people he has touched on this side of eternity.  Thank you, Howard. It’s going to take a while to shake the feeling of loss in my heart due to your passing.