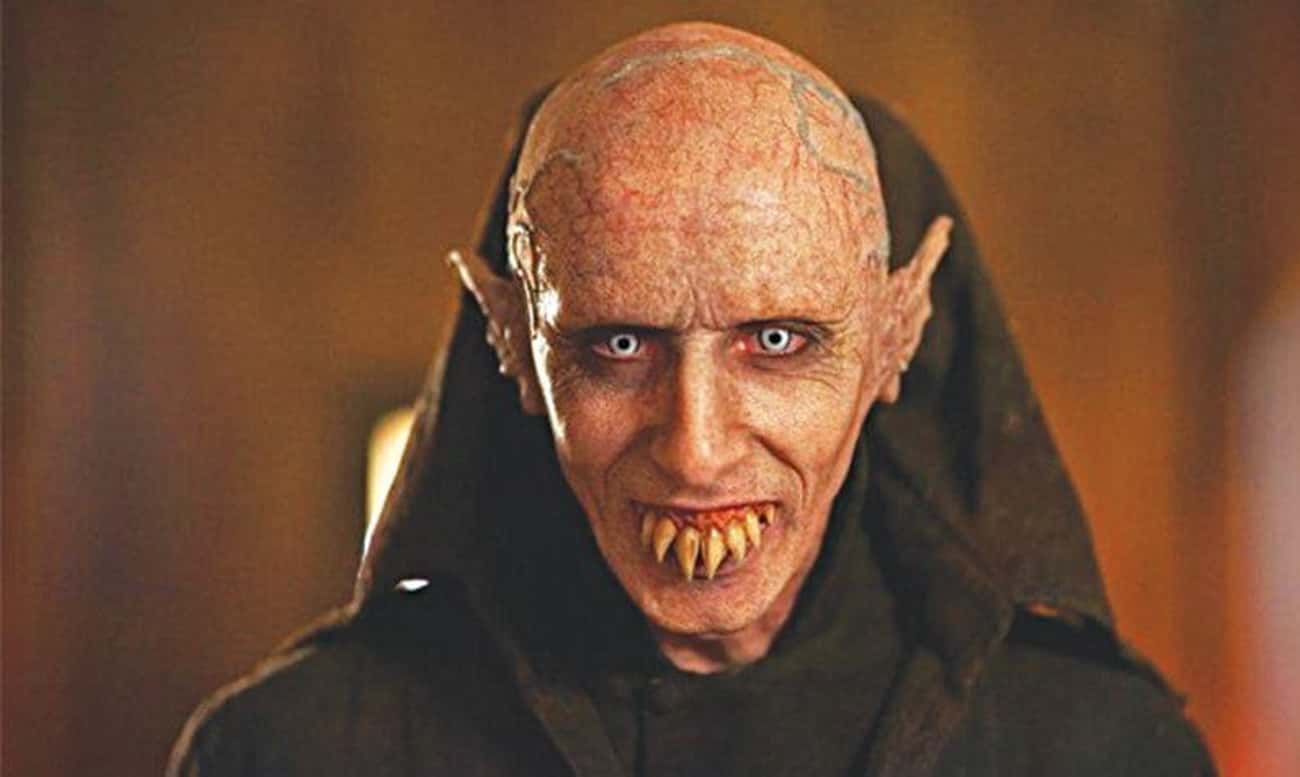 How to Kill a Vampire

By Brandon Michaels for Ranker

The sharp fangs. The penchant for wearing capes. And, of course, the unquenchable thirst for blood. Vampires have been a folklore fixture for centuries, and methods for slaying vampires have been around just as long. These undead creatures of the night entice as much as they terrify – though you probably wouldn’t be thrilled to discover your boyfriend is a vampire.

But let’s say you do fall under the sway of a real-life vampire. It’s crucial that you understand ways of freeing yourself from a vampire’s curse, before the horrific figure drains you of your life force or turns you into a bloodsucker yourself. Beginners looking for advice on how to kill a vampire likely know the basics: scare it off with garlic, shoo it away with holy water, or take a wooden stake straight to its heart. But the best ways to get rid of a vampire can be as simple as exposing it to a ray of sunlight, or just waiting it out until it starves. With a few easy tricks, you can free yourself of the dark shadow lurking in your life.

Stake It Through The Heart

Although it may be primitive, a wooden stake to the heart is one of the most effective ways to kill a vampire. The origins of this legend are unclear; it might be tied to Vlad the Impaler, who earned his gruesome nickname from his practice of impaling his enemies on wooden spikes. Wherever the notion of staking a vamp came from, all the stories agree: you must hit the vampire’s heart to kill it.

Some cultures take the story even further, suggesting that certain types of wood, like oak and hawthorn, are better suited to vampire slaying than others. But you can likely whittle down any chunk of furniture to use as a weapon against the undead in a pinch.

Expose It To Sunlight

You’ve got to be rather cunning to trick a vampire into the sunlight, but if you do, they’re in for a world of hurt. Sunlight is arguably the slowest and most painful way to kill a vampire, as their skin literally begins to melt.

Some vampire aficionados argue that sunlight doesn’t figure into the oldest vampire lore. It might have become associated with vampires thanks to films like Nosferatu, in which the titular baddie vanishes in the light of day.

Surround It With Garlic

Garlic might be the most famous vampire repellant. The fragrant bulb can be used in a variety of ways: you can wear it, hang it in your windows, or rub in on your front door to keep the undead at bay. Some cultures believed that garlic could protect corpses from vampires after death, too. Corpses were sometimes buried with their orifices filled with garlic to prevent possession.

Beyond vampires, garlic was a traditional remedy for many illnesses, from animal bites to the bubonic plague.

Get It Bitten By A Werewolf

The vampire-werewolf rivalry is as old as time, though its origins are unclear. Maybe the two mythical creatures feel they have to fight it out to prove their superiority? Despite their mutual hatred, these two ancient enemies have a lot in common. Both prefer night, both have extended life spans, and both feed on humans to survive. However, these two species share a key distinction: if a vampire ingests werewolf blood, it becomes stronger, but if a werewolf bites a vampire, it dies.

Hit It With Religious Symbols

Vampires are undead, and in order to cheat death, you have to cheat God. That makes them terrified of religious symbols. These symbols also weaken vamps; you can slay one by hitting it with a cross. Crucifixes are ideal, but anything that even resembles a cross will work in a pinch.

But there’s a catch: if the vampire didn’t believe in that religion before they were turned, those religious symbols will have no effect on it. The slayer must believe in the crucifix’s power, too.

Spray It With Holy Water

Holy water may look innocuous, but it can melt a vampire’s skin. Even a sprinkle can send the undead running. A full-blown holy water bath will turn them into Dracula pudding. The water doesn’t have to come from a church; it just has to be blessed by a servant of God.

Stab It With A Silver Cross

Silver is most associated with killing werewolves, but it can work on vampires, too. A bullet of pure silver will cause them agony and eventual death, but your best bet for a swift execution is a stab through the heart with a silver knife or cross.

Set It On Fire

Just like humble mortals, vampires can be killed by fire, though they have to be completely engulfed in flames. This slaying method is slightly tricky, as you have to keep the vampire in the fire long enough for the heat to do its work. Since vampires tend to heal instantly, you’ll want to immobilize them until they’re completely turned to ash.

Starve It To Death

Vampires must feed on blood to live. If you cut off a vamp’s food supply, it will eventually starve to death. This method is slow, and potentially risky; you’ll need to keep the vampire secure to ensure its demise.

Vampires are tough, but they still need their heads to survive. Beheading a vampire is a surefire way to kill it – and to ensure it stays dead. You can also stuff its mouth with garlic to keep it from coming back to seek vengeance.

Vampires need to feast on the blood of living creatures, preferably humans. If they ingest the blood of another vampire, however, they’ll find themselves on a one-way trip to the land of the dead. Vampire blood is poisonous to other vampires. The tough part is tricking them into feeding on another vampire, as most of them are pretty easy to spot.

When all else fails, just use magic! Not Magic: The Gathering (although that might work…), like the magic that witches and warlocks use. Vampires were human at one point, after all. They aren’t immune to something as powerful as magic. If you can’t find a witch or warlock in your area, try using the Gatekeeper of Malakir.