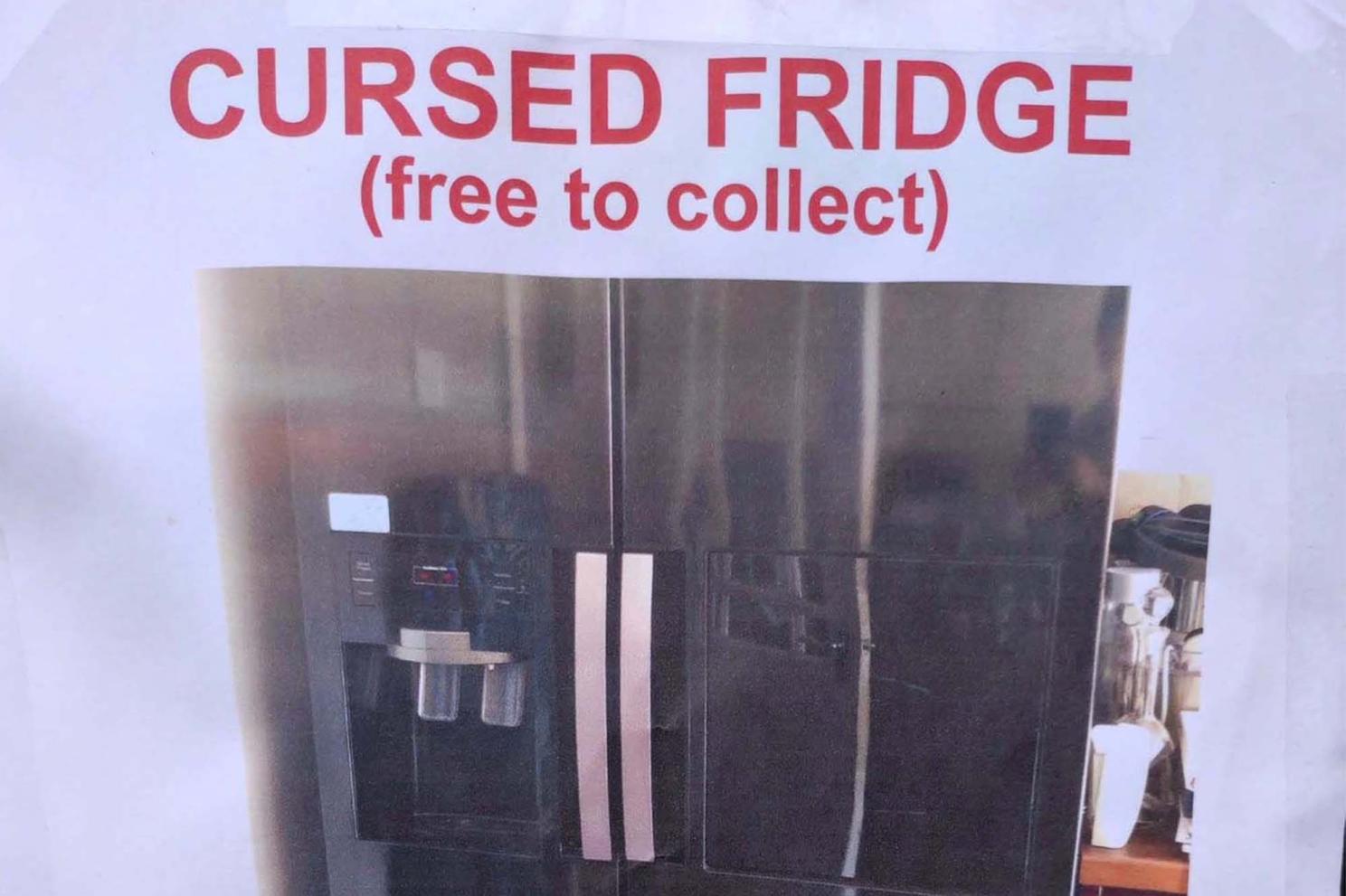 By Brittany Miller for NYPost

A “free fridge” offer comes with a catch: The kitchen appliance is likely haunted, the owner warns.

“My stepmother had a heart attack on our kitchen floor in the middle of an electrical storm, and her soul was transferred into the computer unit of our smart fridge,” says the poster, which was distributed around London.

And apparently the stepmother “talks” to them.

“She has been subtly undermining me ever since, commenting on how many slices of cheese I’ve eaten, or whether I’ve properly put the lid back on something,” they claim.

The owner held out for a while and then decided they had had enough, according to South West News Service.

“I’m starting to feel it is completely unreasonable that she’s decided to live in our fridge, judging me on my culinary decisions,” according to the poster. “She has to go.”

The advertisement professes that the current owner is optimistic that their stepmother probably won’t go after the next owner, and it’s a great appliance — if soul-haunting is your thing.

“Aside from the soul within, the fridge itself is in complete working order, and I’m sure the unit would be far more agreeably housed with someone who hadn’t forced their ‘perfect child’ into a life of ‘mediocre servitude,’ ” they wrote.

It appears the owner is so desperate to get rid of the refrigerator, the ad claims that it is “free to collect,” and interested parties can call the phone number listed.

According to SWNS, it isn’t actually the owner’s phone number — but that of a  kitchen showroom.

Employees there have reported receiving “maybe 100 calls” asking about the “cursed fridge.”

Some Twitter users, meanwhile, are thinking it’s all  a prank.

“Interesting use of the word ‘stepmother’ for what is clearly this person’s mother-in-law,” one person cracked.