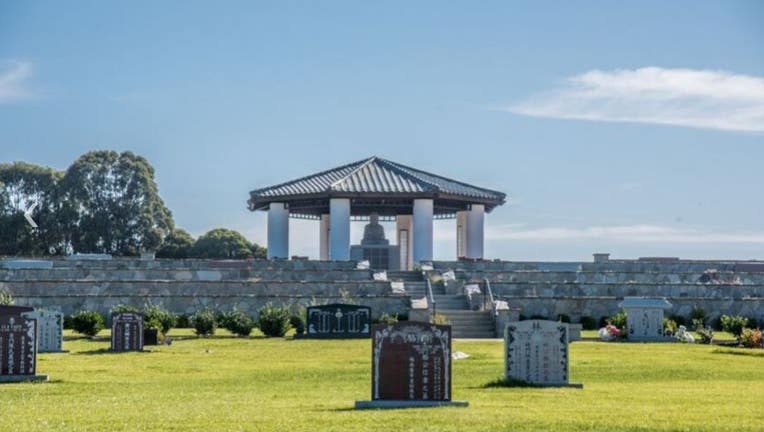 RICHMOND, Calif. – A large brawl broke out between family members at a funeral in Richmond, ending with a casket being knocked over and an arrest.

According to the Richmond Police Department, the altercation happened Saturday afternoon at Rolling Hills Memorial Park on Hilltop Drive.

Officers said a family member struck another relative with a cane during the fight and that only intensified the situation.

The relative who got hit with the cane, then got into his car and tried to retaliate.

Police said the man tried to run over his target, but missed. Instead, he mowed down another funeral attendee and knocked over their loved one’s casket.

In the process the man drove over grass and gravestones, which ruptured a water main. The water ultimately flooded the plot of the funeral director’s mother.

The man was given medical treatment for an injury sustained during the fight and then arrested.