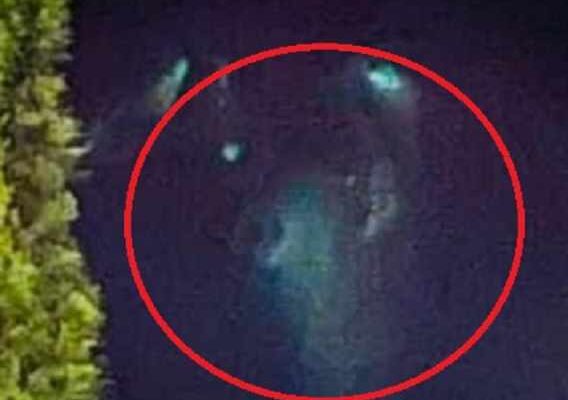 The Aliens In The Smoke

Hi, Darren!  I have been a long time listener to your show and just wanted to share with you some very weird photos (below) that I took of my fire pit that I cannot explain. Just a little background information about my house first.  After my parents passed away, we have experienced some very strange phenomena in the house such as unexplained noises, smoke alarms sounding at 2 am, my dog barking at some corner of the room seemingly terrified, doors opening by themselves without any apparent external force (i.e., no wind or open window nearby). Additionally, I was listening to my radio which is located in the bathroom and the plug was yanked out of the outlet.  We were having a fire pit night and I decided to take a picture of the fire pit. Upon examination, I saw what appeared to be glowing light in between two trees with some apparent shapes. I enlarged the photo, and to my astonishment saw two figures. One of them looks like a classic alien face (large eyes, open mouth) and to the right of it is the face of a man. I can’t explain it. Just wanted to share. I know that pareidolia is a psychological phenomenon that causes people to see patterns in a random stimulus, but this seems too weird. Just wanted to share! Love your shows!
Sincerely,
Steve
P.S.  We had a psychic medium come to our house and confirmed that my parents were still here. She had no idea that they passed away. 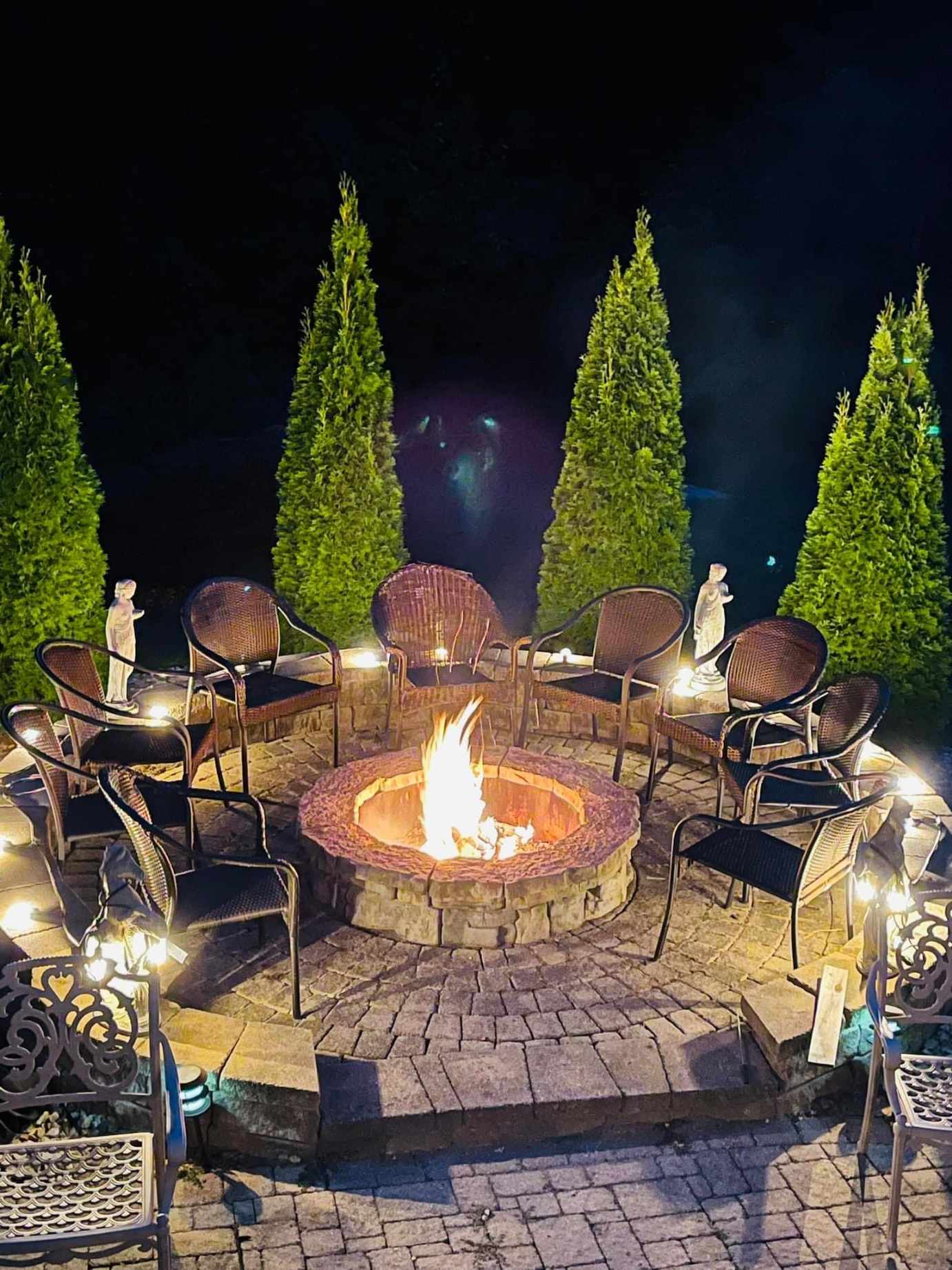 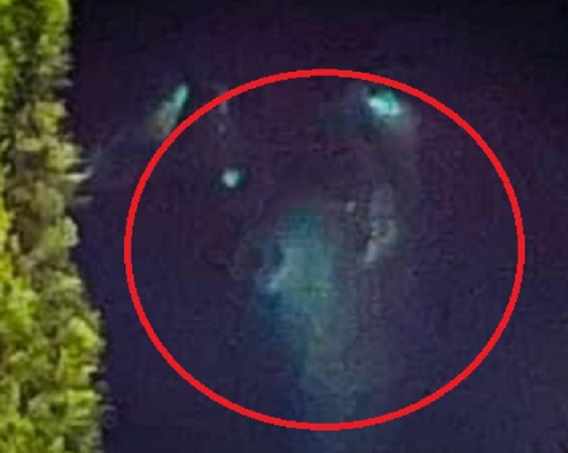