The asteroid is more than 2,000 feet wide and has been classified as potentially hazardous.

A ghoulish asteroid nicknamed the “death comet” is poised to make another appearance just after Halloween this year.

The asteroid eerily resembles a skull and is estimated to zoom past Earth on November 11, according to NBC News, making a fashionably late post-Halloween appearance. The first time the spooky space comet flew past Earth was on Halloween 2015.

The comet’s appearance and the holiday on which it passed by led NASA to then call it the “Great Pumpkin” asteroid. It flew by at a distance of just 300,000 miles, which is only slightly farther away than the average distance at which the moon orbits our planet.

The scary space rock was first discovered by the University of Hawaii’s Pan-STARRS-1 telescope on Oct. 10, 2015, which sits atop a dormant volcano on the Hawaiian island of Maui. Radar images captured by the telescope showed that the comet, also known by its official name of TB145, resembled a human skull.

Dead comet that will safely zip by Earth on Oct 31 looks eerie like a skull: https://t.co/8bq4UBrFO9 #HappyHalloween pic.twitter.com/gICZTSLcZr

Researchers think that TB145 gets its skull-like appearance because it is technically extinct. This means that all of the ice on the comet has been melted away by repeated close encounters with the Sun and all that remains is the rock underneath, according to Space.

However, those looking to catch a glimpse of the “death comet” in November will need special equipment. For its upcoming visit, the asteroid will be significantly farther away than it was in 2015 and researchers estimate that it will pass by Earth at a distance of 25 million miles. The comet’s diameter is only 2,000 feet so its size and distance from Earth will make it impossible to see with the naked eye.

Researcher and astrophysicist Pablo Santos-Sanz says that just because the skull is passing by at a much greater distance, doesn’t mean that it isn’t an amazing opportunity for researchers.

“Although this approach shall not be so favorable, we will be able to obtain new data which could help improve our knowledge of this mass and other similar masses that come close to our planet,” Santos-Sanz said in a statement. 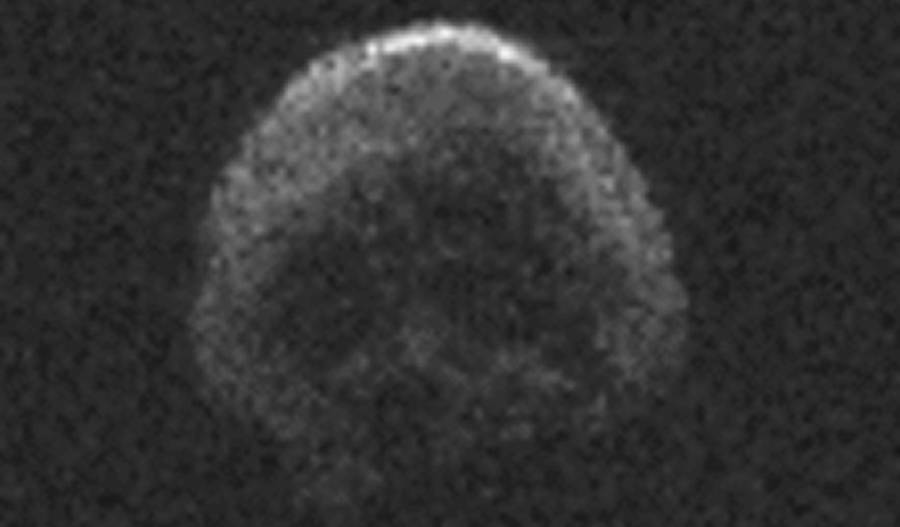 Despite its seemingly small size and distant proximity to Earth, the asteroid is still classified as potentially hazardous. However, the team of astronomers studying the comet are confident that it will not collide with the planet.

After its November trip, the world will have to wait a long time before seeing the “death comet” again. The next time that it will make a close pass by Earth will be around Halloween day in 2088 at a distance of 5.4 million miles away.