If you have eisoptrophobia or catoptrophobia, you won’t be querying a mirror on the wall – or a mirror anywhere – about fairness. Both of these phobias involve a fear of mirrors, and though this rare condition may seem strange, it’s not hard to argue that mirrors are inherently mysterious – we assign them meaning beyond their role as an object that’s used to check if our hair or outfit looks good.

The history of mirrors dates back to the time when ancient people gazed at their reflections in the water. Later, they peered at themselves via polished stones until the advent of modern glass mirrors. In addition to allowing people to look at themselves, mirrors became metaphors for the soul, serving as a reflection of one’s inner and exterior qualities. Along with this idea came the notion that people’s souls can get trapped inside these objects, which might become portals to the spirit world where the spirits aren’t always friendly.

The spooky game called Bloody Mary, as well as many horror movies and stories, take advantage of our superstitions about mirrors. Scientists may not be able to pinpoint why people are afraid of mirrors, but these phobia facts suggest our reflections could have fascinating associations. 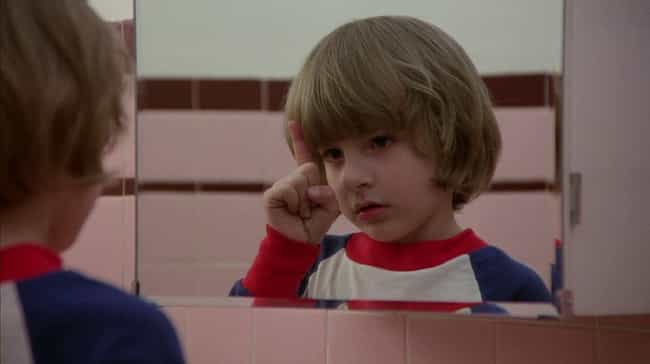 The Fear Of Seeing Yourself In A Mirror Is Called Eisoptrophobia

The medical term for a fear of seeing yourself in a mirror is eisoptrophobia, though it is often interchanged with catoptrophobia and an aversion of mirrors in general. Eisoptrophobia comes from the Greek words for “into” (eis) and “vision” (optikos). Usually, people who have eisoptrophobia are afraid of the image they see reflected, not the physical mirror.

Like all phobias, the condition involves an intense fear that disrupts a person’s life. Symptoms can include rapid heartbeat, anxiety, and shortness of breath. People living with Eisoptrophobia may avoid mirrors or cover them up. Scientists don’t have a concrete reason as to why this phobia occurs, but they believe an external event like a traumatic experience could be a factor.

An Irrational Fear Of Mirrors Is Known As Catoptrophobia

Though sometimes interchanged with eisoptrophobia, the fear of mirrors is medically known as catoptrophobia. Catropto is the Greek word for mirrors, from which the term originates. This irrational fear of the physical mirror can cause anxiety attacks and physical symptoms, including shortness of breath and rapid heartbeat.

Catoptrophobia can manifest at the same time as other phobias, such as scoptophobia, the fear of being watched, to make the act of seeing one’s reflection even more terrifying. Scientists are unsure what causes catoptrophobia, but therapy can help those who have it. 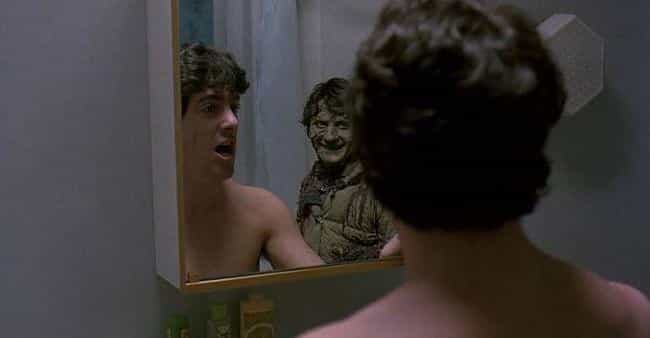 Spectrophobia, The Fear Of Ghosts, Often Goes Along With A Fear Of Mirrors

Eisoptrophobia and catoptrophobia can simultaneously exist with spectrophobia, the extreme fear of spirits or ghosts. The term comes from the Greek translation of “fear” and the Latin word spectrum, which means “apparition.” Thanks to urban legends, superstition, and horror movie tropes involving supernatural beings suddenly appearing in mirrors, it’s not hard to see why this phobia pairs well with the fear of mirrors.

In addition to mirrors, spectrophobia sufferers may fear and avoid dark places, empty houses, and heavily wooded areas. Spectrophobia, also known as phasmophobia, can cause the same symptoms of anxiety similar to other phobias.

The Bloody Mary Game Could Make Anyone Deathly Afraid Of Mirrors

Bloody Mary, a popular pastime at many sleepovers, has done great damage to the reputation of mirrors. This children’s game entails a person standing in front of a mirror, gazing at their reflection, and saying “Bloody Mary” three times. Doing so supposedly leads to terrible consequences: Mary might appear as summoned, or the mirror may swallow the chanter or rip out their eyes.

Numerous theories exist about Mary’s identity. Some believe the game refers to a woman named Mary Worth, a suspected witch who was executed over 100 years ago. Others say it’s a lady who died in a horrible car accident, or that it could allude to Mary Tudor, Queen of England, dubbed “Bloody Mary” due to her extreme ending.

Historically, people in some cultures might have draped cloths over mirrors in a home after a friend or family member has perished. In Victorian times, whether people covered the mirrors completely or wrapped them in black fabric around the edges, they considered the decoration a status symbol.

Long before then, Germans reportedly feared that looking in a mirror after someone passed would bring the same fate to the gazer. In China, people turned mirrors over after someone departed so that their loved one’s spirit wouldn’t accidentally see their reflection and realize they were a ghost. People in other cultures might have covered mirrors after a loss because they believed the reflective surface could absorb the energy of a spirit who came by, bringing evil and bad luck to the mirror’s owner.

Some Jewish people may still practice this tradition, not only to help their loved one’s spirit move on and avoid being trapped in the mirror, but also to help the living focus on the deceased’s image rather than their personal reflection.

Some People Believe Mirrors Are A Link To The Supernatural World

Superstitions about mirrors mainly derive from the belief that they are connected to and serve as a portal to the supernatural world. In some horror movies, for example, ghosts, evil spirits, and other beings appear in or emerge from mirrors once a portal is opened.

Other people believe souls can get trapped inside mirrors. Often, these souls are evil and can bring harm to anyone who gazes into the same mirror. The evil energy trapped in the mirror would be proportional to the evil that dwelled in the deceased person when they were alive. Those who hold these beliefs say people should cover, destroy, bless, or bury haunted mirrors.

In addition to walking under ladders and crossing the path of black cats, breaking a mirror is one of the most well-known superstitious beliefs thought to bring bad luck. People in ancient times thought reflections were the result of being able to see one’s soul. Since they also believed it takes seven years for a soul to regenerate itself, breaking a mirror would supposedly bring a person bad luck for that many years.

The same concept applies to reflections in water. According to some folktales, people reportedly experienced bad things after ripples or waves disturbed their reflection.

Mirrors Are Often Used In Divination And Other Psychic Rituals

Some people use mirrors to query those in the spirit world or learn about the future. Ancient Greeks might have built psychomanteums – mirrored rooms in which they would sit, gaze at their reflections, and connect to the spirit world. Greeks also allegedly dipped mirrors in water to double the power of their reflection and communication. Black magic practitioners in ancient times could have used this double reflection plus water to predict if people would perish.

Those who practice scrying – seeking answers and hidden meanings in a reflective surface – may use crystal balls or mirrors.

Vanity Is Associated With Mirrors

According to ancient Greek myths, Narcissus falls in love with his reflection after attempting to drink from a body of water. Since it is only a reflection, he can’t touch or hold onto it, so he spends the rest of his life gazing at himself. The story has different endings, with Narcissus turning into a flower, dying by suicide, or becoming condemned to view his reflection in the River Styx.

Whatever the outcome, the myth teaches that extreme vanity is not a good thing when a person becomes trapped in it. Cabinets or dressers attached to mirrors are often called vanities, which strengthens the association with one’s reflection.

Some religions consider vanity a sin. In Christianity, vanity often goes along with pride, one of the seven deadly sins. During the 17th century, the Russian Orthodox Church supposedly banned priests from owning mirrors.

Body Dysmorphic Disorder Can Cause People To Hate Their Reflection

For some, gazing into a mirror may cause fear if they have a warped body image. People with dysmorphophobia, also known as body dysmorphic disorder, can become obsessed with a perceived flaw in their appearance. Psychologists used to view this problem as the fear of a repulsive or deformed body, but now classify it as a disorder rather than a phobia.

Though people who have this disorder aren’t necessarily scared of mirrors, they might avoid or despise looking in mirrors.

According to Science, A Parallel World Inside Mirrors Would Be An Inhospitable Place

Some supernatural beliefs about mirrors claim the reflective surface is a parallel universe, as described in Lewis Carroll’s Through the Looking-Glass and What Alice Found There when she goes through the glass. Though the idea of another world inside a mirror is largely based on superstition and urban legends, science suggests that if such a world did exist, the mirror-image molecules there might create an environment that’s drastically different from ours.

It’s all based on a concept in chemistry called chiral molecules. A molecule is chiral when it can have a mirror image of itself, but those two molecules can’t be superimposed on one another. Consider, for example, a pair of gloves, which are mirror images and appear exactly alike, but they can’t be worn comfortably on the wrong hand.