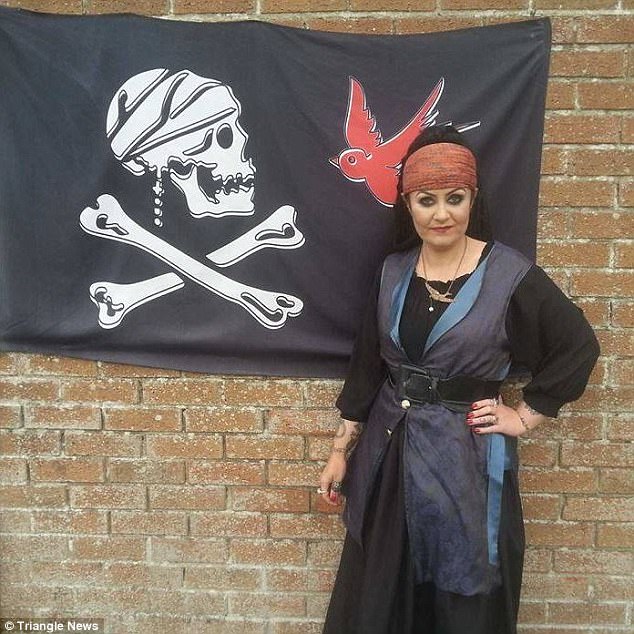 A Jack Sparrow impersonator who married the 300-year-old ghost of a Hatian pirate has called an end to their union citing concerns over spirits.

Amanda ‘Sparrow’ Large, 46, married the ghost who is also named Jack in January but has called it off, saying ‘My marriage is over.’

The unlikely pair were wedded in international waters in a boat that sailed from Ireland so the marriage would be legal.

But according to the Mirror, Amanda wrote on social media: ‘I will explain all in due course but for now all I want to say is be VERY careful when dabbling in spirituality, it’s not something to mess with.’

During the ceremony last year a psychic said ‘I do’ for her 18th century ghost groom.

She claimed sex with a spirit was as fulfilling as sex with a physical human.

She said: ‘It is well known that people often feel a spirit touch their hands, their face or their hair.

‘The only difference with having a sexual relationship with a spirit is obviously that sense of touch goes a lot deeper.

‘You can feel the weight of the spirit, their touch, the pressure.

‘You can literally feel the physical act of what the spirit is doing to you, and the spirit can feel it too.’

But she has recently spoken to the Rainbow Project of her asexuality, saying that she ‘grew up in a small village in Ireland and sexuality was totally taboo.’

The mother-of-five, who was married previously, said she had never felt a connection to anyone like the one she had with the ghost, who was left at the altar in his earlier life.

The Haitian pirate was put to death in his previous life.

Their doomed romance began in 2014, when she felt his presence, and eventually the pair began talking and got to know each other.

She explained, ‘The more I learned about him, the more I liked him.’ 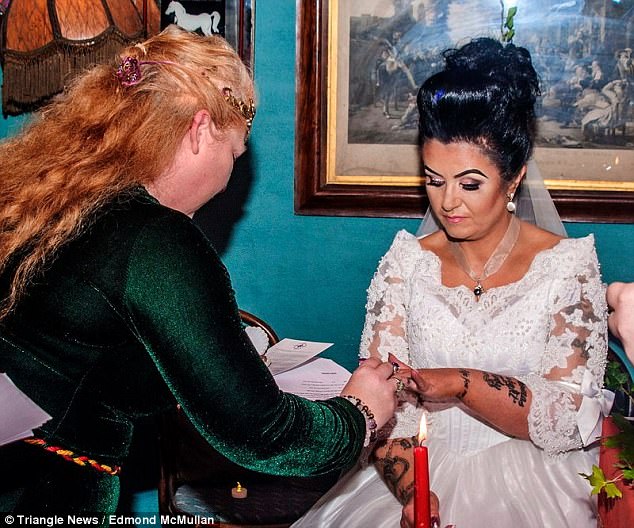 In 2015, Amanda legally changed her name to Amanda Sparrow and spent over £4,000 turning herself into Captain Jack Sparrow, from the film Pirates of the Caribbean.

She made the transformation after watching the film franchise for the first time – when her 13-year-old daughter said that she was just like Johnny Depp’s distinctive character.

Amanda has even got tattoos like the drunken sailor, and got pirate-style dreadlocks and gold-plated teeth in a bid to mimic the character. She set up her impersonator business off the back of the look.

Amanda, said: ‘My daughter Carla Rose screamed in front of the TV ‘Mum you are so much like Jack Sparrow!’ and I was like – ‘who is Jack Sparrow?’

‘I settled down to watch 15 minutes with her because it was on Sky and I was instantly hooked.

‘The way he gets on with life, his freedom and his walk is so much like me in personality – I’m quite masculine and have that sense.

‘The way he deals with things is identical to me. I just really related to him.’

Her social media accounts refer to spirituality and to the LGBT community; to causes she is passionate about.