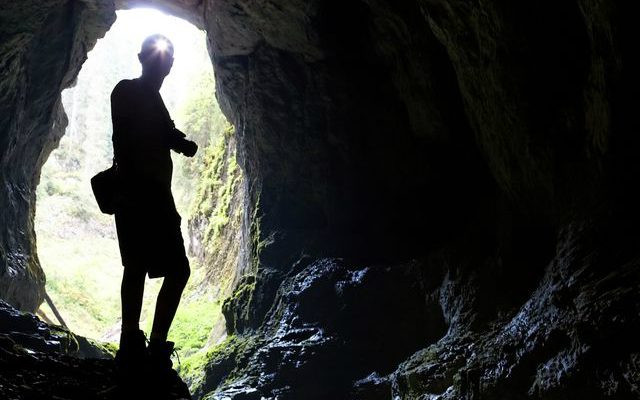 The devastating story of John Edward Jones, trapped for more than a day inside Nutty Putty Cave before dying there in 2009.

John Edward Jones loved spelunking with this family. His father frequently took him and his brother, Josh, on caving expeditions in Utah when they were kids. The boys learned to love the underground depths and their dark beauty

Unfortunately, John’s first expedition into Nutty Putty Cave, southwest of Utah Lake and about 55 miles from Salt Lake City, was his last. John Edward Jones entered Nutty Putty Cave at around 8 p.m. local time on the evening of Nov. 24, 2009, a few days before Thanksgiving. John, 26 at the time, and Josh, 23, along with nine other friends and family members, decided to explore Nutty Putty Cave as a way to connect with each other ahead of the holiday.

At age 26, John was in the prime of his life. He was married, had a one-year-old daughter, and was attending medical school in Virginia. He had come back home to Utah to spend some relaxing holiday time with his family.

Things did not go according to plan.

It had been years since John was in any cave. And at six feet tall and 200 pounds, he wasn’t the little kid he used to be.

About an hour into the caving expedition, John decided to find the Nutty Putty Cave formation known as the Birth Canal, a tight passage that spelunkers must crawl through carefully if they dare. He found what he thought was the Birth Canal and inched his way into the narrow passage head first, moving forward using his hips, stomach, and fingers. But within minutes, he realized he’d made a grave mistake. Jon Jasper/jonjasper.com Explorer Cami Pulham crawling out of the passage known as the Birth Canal in Nutty Putty Cave. This is the passage that John Jones thought he had found when he got stuck.

John knew he was now just about stuck and had no room to turn around. He didn’t even have room to wriggle back out the way he’d come. He had to try to press forward.

He tried to exhale the air in his chest so that he could fit through a space that was barely 10 inches across and 18 inches high, about the size of the opening of a clothes dryer.

But when John inhaled again and his chest puffed back out, he got stuck for good.

In A Tight Spot

John’s brother was the first to find him. Josh tried to pull at his brother’s calves to no avail. But then John slid down into the passage even further, becoming trapped worse than before. His arms were now pinned beneath his chest and he couldn’t move at all.

All John and Josh, both devout Mormons, could do at this point was pray. “Guide us as we work through this,” Josh prayed. “Save me for my wife and kids,” John said.

Eventually, Josh scrambled toward the exit of the cave to get help. But even once help came, John was still trapped 400 feet into the cave and 100 feet below the Earth’s surface. Getting people, equipment, and supplies down that far took an hour.

The first rescuer to reach John was a woman named Susie Motola, who arrived at about 12:30 a.m. on Nov. 25. At that point, John had been trapped for three and a half hours. Motola introduced herself to John, even though all she could see of him was a pair of navy and black running shoes.

“Hi Susie, thanks for coming,” John said, “but I really, really want to get out.”

Over the next 24 hours, more than 100 rescue personnel worked feverishly to free John. The best plan they had was to use a system of pulleys and ropes to try to free John from his perilously tight spot.

Shaun Roundy, one of the rescuers on the scene, explained the difficulties facing anyone, even experienced spelunkers, who went into Nutty Putty Cave. Most of the passages were dangerously narrow, even at the entrance, where warning signs had been placed.

Back in 2004, two Boy Scouts had nearly lost their lives in separate incidents in the same area of Nutty Putty Cave where John became trapped. The two Boy Scouts had become trapped within a week of each other. In one of the cases, rescue crews took 14 hours to free a 16-year-old Scout — who weighed 140 pounds and was 5’7″ tall, making him much smaller than John — using a complex series of pulleys.

Officials closed Nutty Putty Cave in 2004 soon after the incidents with the Boy Scouts. The cave had only been reopened for six months in 2009 when John and his family entered. Jon Jasper/jonjasper.com Explorer Kory Kowallis in the crawl to the aptly named Scout Trap passage in Nutty Putty Cave. Many of the passages in this cave are this narrow or even narrower.

And now, with John trapped inside the cave, time was running out. The downward angle at which John was trapped was putting great stress on his body because such a position requires the heart to work incredibly hard to continuously pump blood out of the brain (obviously, when the body is right side up, gravity does the work and the heart doesn’t have to shoulder that load).

Rescuers tied John with a rope connected to a series of pulleys. Everything was ready, and they pulled as hard as they could. But suddenly, and without warning, one of the pulleys failed. Roundy believes that the pulley came loose at its anchor point in the cave wall, which contain a substantial amount of loose clay.

The rope-and-pulley operation was no more, the rescuers had no other viable plans, and John was trapped.

Roundy replays the rescue over and over in his head, even years after the incident. “I reviewed the whole mission, wishing we’d have done this tiny detail differently or done that a little sooner. But it’s no use second guessing things. We did our best.”

With no hope of rescue and his heart having suffered hours upon hours of strain due to his downward position, John was pronounced dead of cardiac arrest shortly before midnight on the evening of Nov. 25, 2009. Rescuers had spent 27 hours trying to save John. His family thanked rescuers for their help even despite the horrible news.

Nutty Putty Cave lived up to its reputation on the night of John’s death. Discovered in 1960 by Dale Green, he named it Nutty Putty because of the clay (the kind that likely caused that pulley to give out) found in most of the narrow tunnels in the underground structure. In its heyday, as many as 25,000 people per year visited the cave.

But no one will ever go in the cave again.

Officials sealed off Nutty Putty Cave for good a week after John’s death. They never recovered his body, which remains inside to this day, for fear of more deaths that might result from such an operation.

In 2016, filmmaker Isaac Halasima produced and directed a full-length feature film about the life and failed rescue of John Jones. Called The Last Descent (see above), it gives you an accurate glimpse of John’s ordeal and what it feels like to be trapped in the most narrow of cave passageways when claustrophobia and then hopelessness set in.

Halasima, a Utah native, only once went to Nutty Putty Cave. He never made it past the entrance.