(By Jodi Smith for Graveyard Shift)

Life in the public eye means enduring wild rumors accepted as facts after a slew of retweets. Crazy rock star stories, like the Marilyn Manson rumors about removing a rib for flexibility, are fun in theory; but they don’t usually hold any truth. But rock and rolls myths, such as curses in the music industry, have gained a life of their own.

A few rocker stories are so crazy, so outlandish, they sound as if they must be fake. But friends, family, journalists, and bandmates have corroborated these creepy rumors – which go to show truth is stranger than fiction. 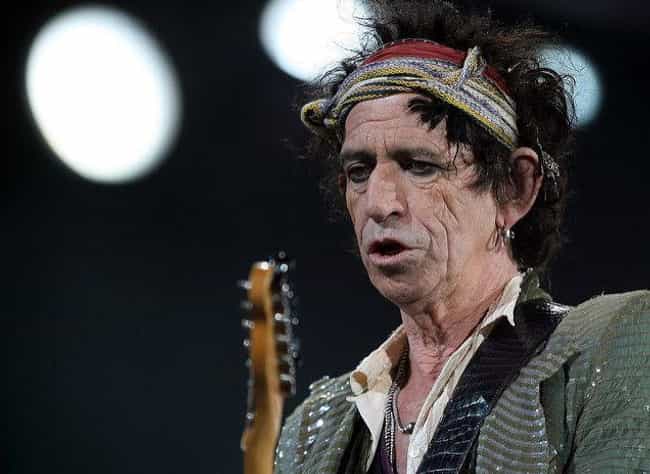 Rolling Stones guitarist Keith Richards is well known for his history of imbibing and his sky-high substance tolerance. And, to their credit, some of the wildest rumors involving Richards contain an element of truth. For example, in 1973, Richards cleaned up with a three-day “blood cleansing” hemodialysis procedure in Sweden. So, the idea of Richards snorting his late father’s remains didn’t always seem too far-fetched.

After his dad’s passing in 2002, Richards admitted he mixed a bit of the ash with some harder stuff and snorted the concoction. Richards later clarified what happened:

“[I] opened my dad’s ashes and some of the blew out over the table. What am I gonna do? Do I desecrate them with a dustbin and broom? So I wet my finger and shoved a little bit of dad up me hooter.”

Richards also allegedly told his daughters to do the same with his ashes. 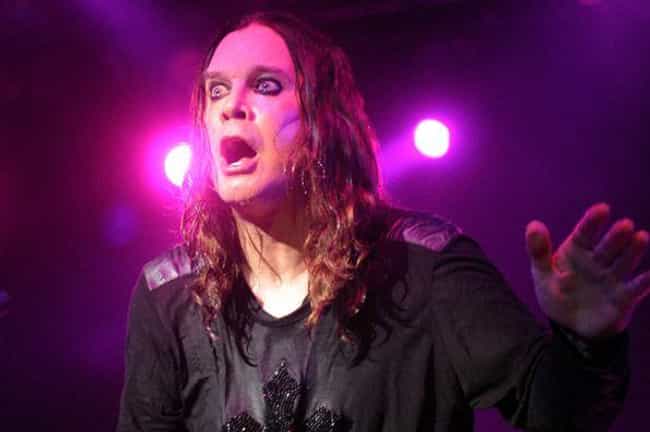 Ozzy Osbourne Bit The Head Off A Dead Bat

Arguably, no rock and roll moments are as mythic as the ones involving Ozzy Osbourne biting the head off various animals. In 1981, with his first solo record on the verge of US release, Osbourne planned to release doves as a peace offering of sorts during the Epic Records annual sales convention. Instead, the intoxicated rock star grabbed a dove and bit its head off – then did it to another one.

Osbourne’s decapitation of winged creatures didn’t end with doves, though. On January 20, 1982, Osbourne was touring for his second solo album, Diary of a Madman. While performing at the Veteran’s Memorial Auditorium in Des Moines, IA, 17-year-old Mark Neal threw a bat on stage. Osbourne, assuming the animal was plastic, bit the head off a very real, very dead bat. He was taken to the hospital and treated for rabies, marking the last time he bit off any animal’s head. 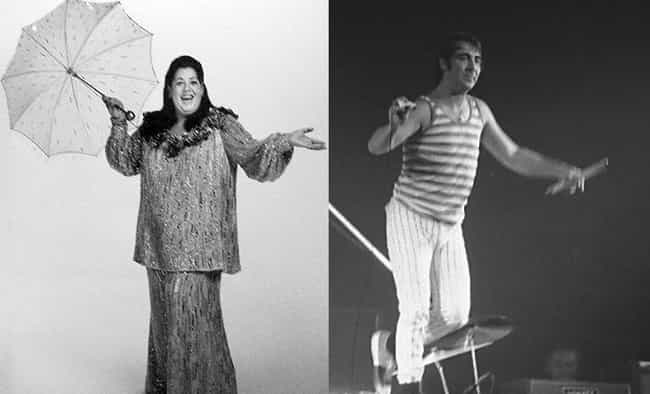 Keith Moon was the eccentric, drug-fueled drummer for The Who during the ’60s and ’70s. Mama Cass Elliot was a singer with the Mamas & the Papas from 1965 to 1971. But the two shared more in common than music, as both died tragically at only 32 years old. Elliot suffered a heart attack in 1974. Moon, meanwhile, overdosed on Heminevrin – a sedative meant to help curb his alcoholism – in 1978.

Eerier still, the two died while staying in a flat owned by Harry Nilsson. Nilsson made his home available to friends that needed it while in Mayfair, London, so Elliot took advantage of the offer while performing at the Palladium. Four years later, Moon died in the same apartment where Cass took her last breath. 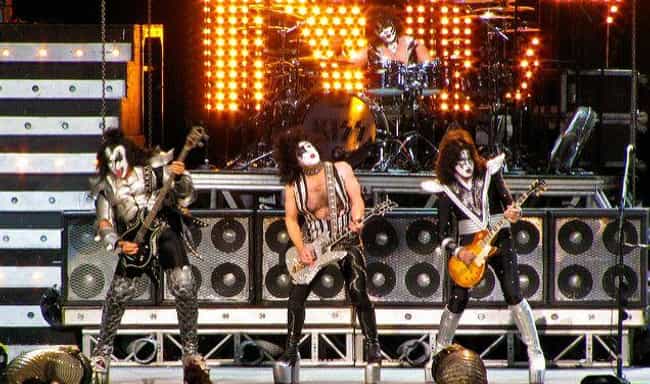 A Comic Book Has Ink Made With KISS Members’ Blood

KISS licensed their likenesses for use in a ton of commercial products and media during their 1970s heyday. Along with caskets, condoms, and Scooby-Doo appearances, the band agreed to appear in a Marvel comic book. The group donated blood to add into the red ink used to print Marvel Comics Super Special #1. Publicity photos even show the band mixing blood into the ink, and a notary public certified its authenticity.

John Lennon Was Followed By The FBI For A Year

Though a host of Beatles conspiracy theories exist, the story about the FBI tailing John Lennon is true. President Richard Nixon considered Lennon’s anti-war protests and songs dangerous and assigned FBI agents to monitor the musician in 1971.

Nixon worried Lennon would mobilize his young, politically activated fans to thwart the president’s re-election in 1972. Informants followed Lennon around, trying to find reasons to deport him back to England. The team tracked every facet of Lennon’s life, from his television appearances to the whereabouts of Yoko Ono’s daughter from a previous relationship. In March 1972, the Immigration and Naturalization Service refused to renew Lennon’s visa, but the FBI closed the case a month after Nixon’s re-election in November 1972.

Charles Manson Wrote A Song Recorded By The Beach Boys

Before Charles Manson led the cult that murdered Sharon Tate in 1969, he put the guitar skills he learned in prison to use, attempting to start a career as a musician. He became friends with Dennis Wilson of the Beach Boys in 1968, living with him for several months.

While there, Manson recorded some original songs, including one called “Cease to Exist.” Wilson liked the track so much he convinced the rest of the Beach Boys to record it, changing the title to “Never Learn Not to Love.” Wilson gave himself credit for the song, despite leaving much of Manson’s original lyrics intact. This incident reportedly enraged Manson, who left a bullet on the drummer’s bed as a threat.

“I gave Dennis Wilson a bullet, didn’t I? I gave him a bullet because he changed the words to my song,” Manson later said in a Diane Sawyer interview.

Deep Purple’s “Smoke on the Water” came during a genuine moment of inspiration. On December 4, 1971, the English rockers prepared to record in Switzerland at a studio within the Montreux Casino. That night, as Frank Zappa and the Mothers of Invention played in the casino’s theater, a fan shot a flare gun at the rattan-covered ceiling. A fire quickly spread, destroying the entire casino complex and the studio.

The band watched from their hotel across the water as the Montreux burned. Inspired by the events, they wrote “Smoke on the Water,” singing:

But Frank Zappa and the Mothers

Were at the best place around

But some stupid with a flare gun

Burned the place to the ground

Depeche Mode’s David Gahan Bit A Journalist On The Neck

For years, rumors circulated about Dave Gahan biting a journalist as an act of vampirism back in 1993. It turns out the legend is true, but less dramatic.

The incident took place backstage at the Jones Beach Amphitheater during Depeche Mode’s tour with Primal Scream. Gahan, dependent on heroin and cocaine by this point, summoned reporter Andrew Perry to his armchair at the center of a pre-show party. According to Perry, “He said, ‘I’m gonna curse you!’ and the next thing I know he’s bitten me on the neck.”

Perry admitted the bite was gentler than it sounded, calling it “more of a love bite.” Gahan, meanwhile, said, “I definitely could have been a vampire, in my own head; I was fascinated by it at the time.”

In 1987, Adriana Smith discovered Gun N’ Roses drummer Steven Adler was cheating on her. Smith quickly sought revenge, and lead singer Axl Rose was happy to assist when she visited the studio to record some additional vocals for the song “Rocket Queen.” The two had sex in the studio and captured Smith’s moans of pleasure, aurally immortalizing a vindictive moment between the singer and his drummer’s intoxicated girlfriend.