App State physicist Daniel Caton and his team almost gave up after attempting to film the lights over the past few years.

Earlier this year, their dry spell ended and the lights finally appeared on his camera in vivid fashion.

Here is his video description, with the time stamps of the appearances, and his raw, unedited footage:”Dusk-to-dawn 30-second images. Cloudy early, then clear with stars rising at angles. WEIRD LIGHTS FROM 0:52 – 1:02 IN. SEEM OUT OF FOCUS SO NEARBY.”

As noted above, look for the lights starting on the lower left hand of the video starting around 00:52 into the video.

To get the footage, Daniel Caton and his App State scientific team set up two cameras on a house overlooking the Brown Mountains and wirelessly streamed the footage to their lab back at Appalachian State University. For the past four years, they reviewed the footage every day from the previous night without seeing anything that couldn’t be easily explained (shooting stars, car lights, camera flares, etc).

If something shows up on one camera but not the other, the team assumes they just saw a lens flare or some other electronic anomaly.

The footage above, for the first time, captured the same strange lights on both cameras, at the same exact time.

After the discovery, Caton and his colleagues dissected the images and couldn’t come up with any logical explanation for the light to be there.

Brown Mountain is rather nondescript. It rises 2,600 feet at the edge of the Blue Ridge Escarpment and is a long, flat ridge with few distinguishing marks. Some investigators say that the Brown Mountain Lights were seen by Native American’s for thousands of years. However, it wasn’t until the 19th century that newspaper reports about the strange lights began to circulate.

Other scientific explanations included car headlights, brush fires, fires from moonshine stills, and swamp gas. However, a flood in 1916 stopped trains and cars in the region, electrical lights in towns were doused, and the ensuing rains would put out any brush fires. But the Brown Mountain Lights kept on shining through it all.

In 1922, H.C. Martin of the U.S. Geological Survey released an extensive report stating that the lights were the result of mirages rising from the electric lights of settlements in the nearby Catawba River Valley.

More recently, groups have camped in the Gorge and videoed appearances of the lights. Several of these can be viewed online. Modern day theories for the lights abound, from foxfire, which is the light emitted from decaying wood, to UFOs, which some have suggested use the nondescript mountain as a base.

The best place to view them is at Wiseman’s View on Highway 105 near Morganton. Curiosity seekers will line this stretch of road in the early evening hours and are rarely disappointed. By looking to the southeast, the watchers will suddenly see a light appear that is about the size of a basketball, or so it appears. The light will be reddish in color and it will hover in the air for a moment and then disappear. In a few minutes, it will appear again, but in another location and then all through the night, the lights will come and go, appearing and vanishing against the night sky.

As is normal with this kind of thing, almost every person sees the lights in a different way…some see them as white and bobbing; others as pale and stationary; while others see them coming and going quite rapidly. 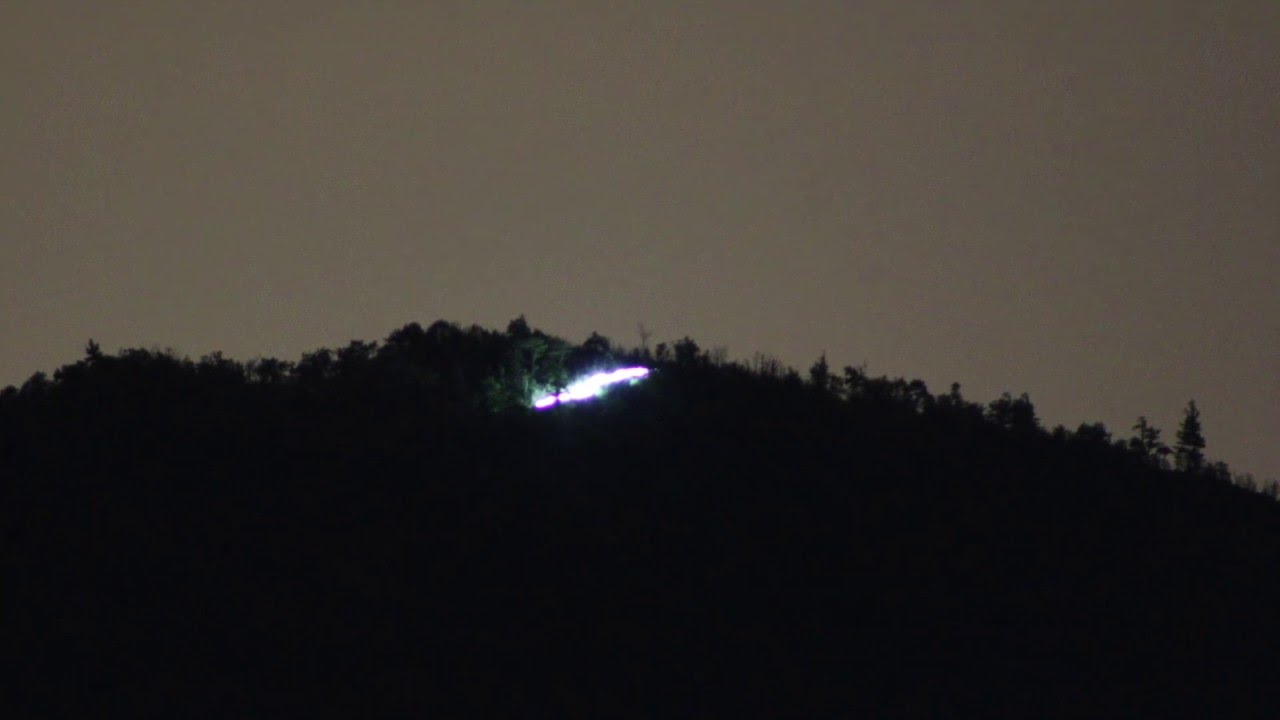