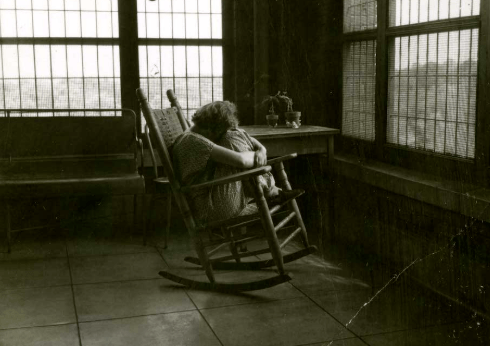 How the Rosenhan experiment showed that “it is clear that we cannot distinguish the sane from the insane in psychiatric hospitals.”

What does it mean to be sane? How reliably can even medical professionals distinguish the sane from the insane?

Psychologist Dr. David Rosenhan of Stanford University had long been interested in these age-old questions and, in 1969, devised a unique experiment to put them to the test.

Rosenhan and seven other perfectly sane subjects went undercover inside various psychiatric hospitals from 1969-1972 and acted insane in order to see if the doctors there could tell that they were faking. The doctors could not.

The Rosenhan experiment’s eight sane subjects went inside 12 different psychiatric hospitals, all but one state- or federally-run, spread across five U.S. states. These pseudopatients consisted of three women and five men, including Rosenhan himself, whose occupations ranged from actual psychologist to painter.

The participants assumed false names and professions and were instructed to set up appointments at the hospitals and claim that they had been hearing strange voices muttering words like “empty” and “hollow” (these words were meant to evoke an existential crisis, as in, “my life is empty and hollow”). On the basis of these appointments, every single pseudopatient was admitted to the hospital that they contacted.

According to the landmark 1973 report that Rosenhan published about his experiment, On Being Sane in Insane Places, “none of the pseudopatients really believed that they would be admitted so easily.”

Not only was every pseudopatient admitted, but all except one received a diagnosis of schizophrenia (the other diagnosis was “manic-depressive psychosis”). All they had done was feign auditory hallucinations. They exhibited no other symptoms and invented no false details about their lives aside from their names and professions. Yet they were diagnosed with serious psychological disorders.

Once checked into the hospitals and diagnosed, the pseudopatients were on their own. None knew when the doctors would deem them fit for release — or find out that they were faking first.

The results are disturbing – and you can read them at this link on AllThatsInteresting.com.