Oxford University newspaper “The Oxford Student” recently discovered a lecture titled “The Environmental Crisis and the Increase of Alien Abduction” given by resident professor Dr. Young-Hai Chi at the 2012 Anmach Conference.

Dr. Chi is an instructor in Korean at Oxford’s Oriental Institute.

The lecture discusses the probability that extraterrestrials are creating hybrids with humans in order to colonize our planet, and that the aliens might be motivated by existential threats to Earth—like climate change.

Dr. Chi speculated during his talk that “perhaps human civilization is coming to an end”, and that “it is not only scientists and theologians, but also non-human species who appear to be greatly concerned about the survivability of the human species”.

He noted how the appearance of aliens in the modern era seems to have coincided with the advent of certain existential threats—such as climate change and nuclear armament—and concluded that “it may be more or less assumed that the hybrid project is a response to this impending demise of human civilisation”, but by combating these threats, “not only can we save ourselves, but also prove aliens wrong in their judgement of our moral capacity”.

In an April 2019 interview with the school newspaper, Dr. Chi admitted to still holding the same beliefs today that he espoused in 2012, noting that humans and aliens likely already coexist in a comprehensive bio-system.

“If they are far, they shouldn’t be concerned about us,” he said. “I don’t think they are from far away, they are just next to us, we can’t see them. We can use an analogy of fish which can think and perceive things only in the way they can and humans also perceive only in the way we can, so our perception of the world is limited by our organs.”

This shared bio-system explains the aliens’ increased interest and interference in humanity’s destructive habits, according to Dr. Chi, because they too would be affected by them.

This interference, he explained, has lead to human-alien hybridization for one of three reasons:

One possibility is that they find our DNA valuable for the preservation of the stock. Secondly, to create species which can survive in the future climate conditions…Thirdly, some abductees report that these hybrids are of a very high intelligence, so are they producing these hybrids as a problem-solver, a future leader?

“Judging from the way the ETs are acting they have a better view of our future, perhaps it is pointing to a pessimistic future,” he added, “So, they come not for the sake of us, but for the sake of them, their survival, (but their survival is actually our survival as well) the survival of the entire biosphere. That is where I progressed in developing my theory and I’m still looking for more evidence to support my view.”

Dr. Chi’s interview came just one month after Montana Tech professor of anthropology Dr. Michael P. Masters released a book in which he posits that UFO occupants could be “our own distant descendants.”

UFOs have seen something of an increase in academic circles recently, with Duke University adding a course on the subject to their continuing studies program and Montana Tech professor of anthropology Dr. Michael P. Masters releasing a book in which he posits that UFO occupants could be “our own distant descendants.” 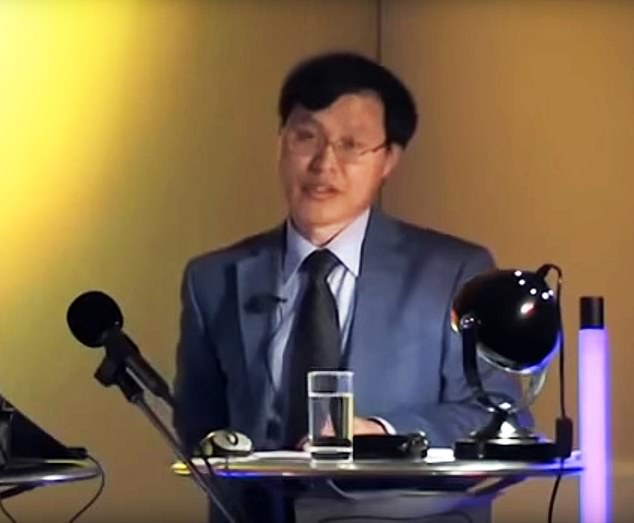