The surface is dry, lifeless, covered with volcanoes and litered with dust storms. Venus has one of the most hostile environments of any planet. It has an average temperature of 464 degrees Celsius but it may once have been much cooler, and had an ocean, and so have been very similar to Earth.

It is not only the temperature and highly corrosive atmosphere of the present day Venus that makes it different from the Earth. Venus also rotates very slowly, taking 243 Earth days to complete a Venusian day. However, billions of years in the past it may have spun faster, which would have helped make the planet more habitable. 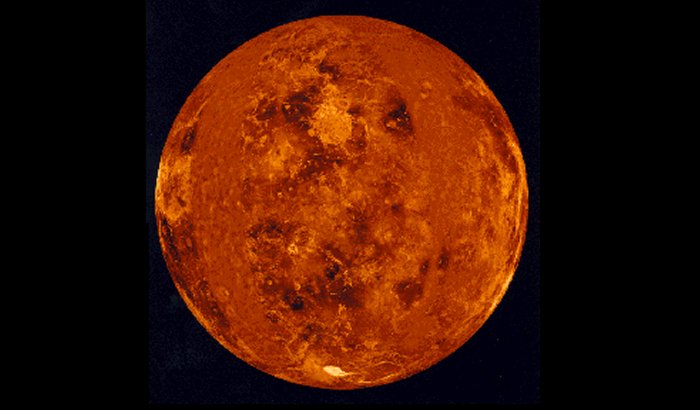 Planet Venus may once have been habitable. source

Tides act to brake a planets rotation rate because of friction between the tidal currents and the sea floor. On Earth today, this braking changes the length of a day by about 20 seconds per million years. A new study by Mattias Green at Bangor University’s School of Ocean Sciences and colleagues at NASA and University of Washington have quantified this braking effect on ancient Venus.

They show that the tides in a Venusian ocean would have been large enough to slow the rotation rate of Venus by tens of Earth days per million years if Venus was spinning more like Earth does today.

This suggests that the tidal brake could have slowed down Venus to its current rotation state in 10-50 million years, and therefore taking it away from being habitable in a short time frame.

Dr Green says “This work shows how important tides can be to remodel the rotation of a planet, even if that ocean only exists for a few 100 million years, and how key the tides are for making a planet habitable,” said in a press release.