A museum in Iceland is home to the only known pair of necropants: pants made out of human skin.

Legend has it that Icelandic sorcerers would tear the skin off of a dead friend’s body and clothe themselves in their flesh. They called them Nábrók, or necropants — a type of dark magic that was supposed to bring the wearer unlimited wealth.

You may have seen a picture of the pants before. A few years back, they enjoyed a short-lived viral celebrity, being shared in sensational stories that make ancient Iceland sound like a place full of dark sorcerers draped in the skin of the dead.

But just how true are these stories? Did anyone ever really wear necropants?

More fiction than fact has been spread about this strange tool from Iceland’s past – but there is a little dark glimmer of reality to the legends of the pants made out of human flesh.

How To Make Pants Out Of Human Flesh

The legend of Necropants was passed down orally for generations before anyone wrote it down. It took until the mid-19th century before an Icelandic Folklorist, Jón Árnason , wrote the ritual down in graphic detail:

“A man who wants to have such breeches must make an agreement with someone still alive that as soon as the latter dies, he can have the use of his skin. As soon as this happens, the survivor goes to the churchyard by night and digs the dead man up. He then flays the skin off from the waist down and slips it off in one piece, for he must take care that there is no hole in the breeches.” 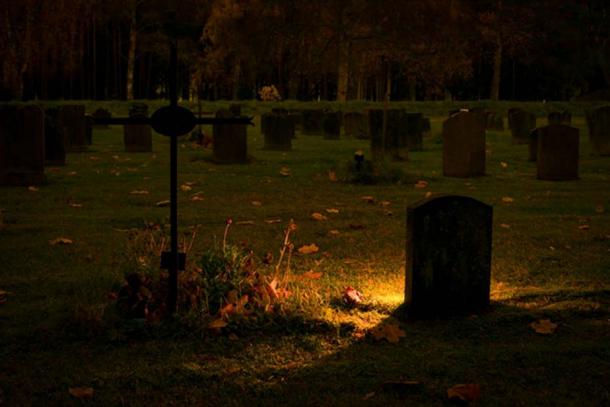 A graveyard in the evening. ( CC0)

When a sorcerer put on the flayed skin from his friend’s legs, it would latch onto his flesh. Every part of it would stick to the sorcerer like glue. Only one small flap of flesh would remain loose: a small pocket at the wearer’s scrotum.

In that pocket, the sorcerer would have to place a magic rune and a coin stolen from a wretchedly poor widow. From then, he would be able to reach his hand into the pocket and pull out as much wealth as he wanted without ever running out. 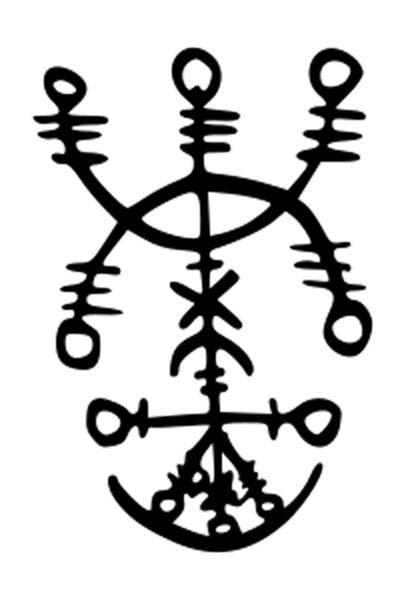 Necropants: A Pact With The Devil

Necropants were a type of Satanic magic; the stories we have about them come from a time when Christianity had come into Iceland and the old, Pagan ways seemed barbaric and blasphemous. Every part of the legend makes it clear that to put these pants on was to form a pact with the Devil.

The coin the sorcerer had to steal couldn’t just be taken at any time. He had to steal it “at the moment between the reading of the Epistle and the Gospel on one of three major church festivals of the year” – or, in essence, when it would desecrate a moment of extreme Christian devotion. 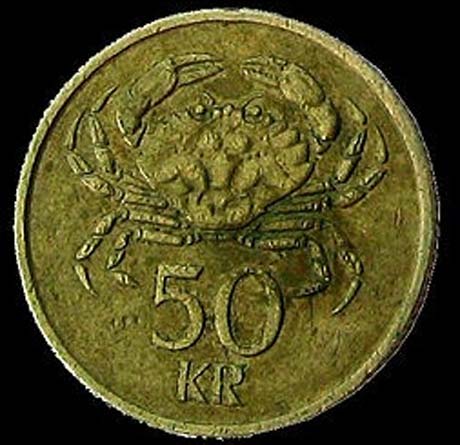 The wearer of the pants was all but guaranteed damnation in hell. He had only one chance to redeem his immortal soul: before he died, he would have to convince someone else to take the pants from him.

This, though, would be no small task. A sorcerer couldn’t simply peel off the pants. The best he could do would be to pull his right leg out, but his left leg would stay glued to the dried skin. The only way to get it off would be to have somebody place their right leg inside. The necropants would latch themselves wholly onto the new wearer, and then and only then would the former owner be free.

He had to act fast, though. If he died with the pants still at his waist, his corpse would be torn apart by lice the second he died, and his immortal soul would be damned to hell. 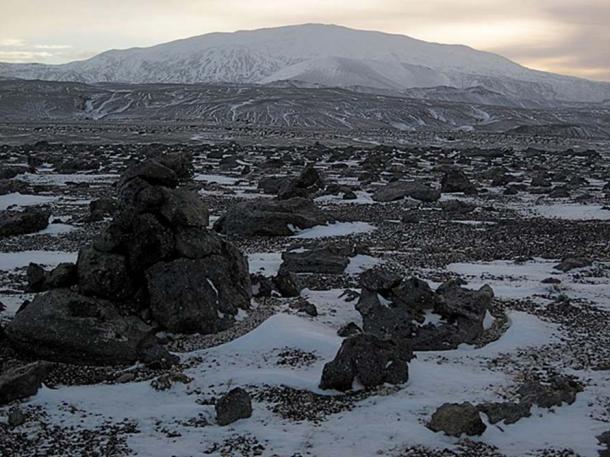 The Start Of A Twisted Legend

It’s an incredible and disturbing story – but is there any truth to it?

Sigurður Atlason , the manager of the Museum of Icelandic Sorcery and Witchcraft, has a blunt answer: “Necropants have only ever existed in local folk legends.”

Necropants are little more than make-believe, Atlason says – a disappointing thing to hear from the man who spread their story in the first place.

The necropants you’ve seen in pictures are the ones on display in Atlason’s own museum, which boasts that it has the only known pair of flesh pants in the world. Even those pants, though, are a fake; a replica made by a local artist named Árni Páll Jóhannsson .

There might be more to the story, though, than Sigurður Atlason lets on. While no real pair of necropants has ever been found, the story clearly came from somewhere.

That somewhere is Papey Island, a small island off the eastern coast of Iceland. That, at least, is the most likely source of the story Jón Árnason wrote down after years of it being passed down orally. The people of Papey Island didn’t just believe that necropants were real. They insisted that they knew a man who owned a pair.

The only known person who has ever been accused of wearing necropants was an 18th-century Papey Islander named Mensalder Jonsson – or, as he was known to his neighbors, Mensalder the Rich .

According to the people of Papey Island, Mensalder Jonsson amassed an endless fortune after putting on the flesh of a dead friend. He’d sworn that he would peel the necropants off when he had all that he needed and beg for God’s forgiveness of his immortal soul. 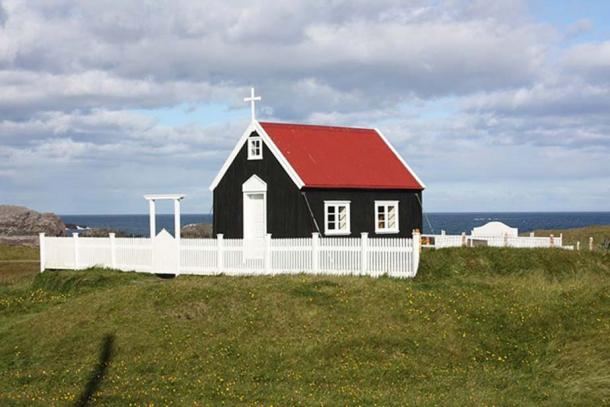 The necropants, though, had a strange effect on his mind. The longer he wore them, the more his mind decayed. Mensalder started to lose his mind. He became desperately attached to his pants of human skin, refusing to ever take them off.

While he was outside walking one day, a great storm roared up and lifted Mensalder up into the air. He was pulled out of sight and vanished, never to be seen again, destroyed, it seems, by the wrath of God.

The Truth Behind The Legends

Mensalder Jonsson was a real person – but that doesn’t necessarily mean anything else in the story was true. Records of his actual life say that he died in his home in 1799, with none of the dramatic divine wrath that brightens up the story and no mention any pants made of skin latched onto his thighs.

It’s likely that the stories of Mensalder Jonsson’s witchcraft were spread by jealous neighbors who couldn’t understand how he’d earned his fortune. And it’s possible that the legend of necropants started with him, as well.

It’s impossible to say for sure, though, whether any actual sorcerer really did try to slip on a pair of pants made out of human skin. Any real necropants, after 200 years or more, would surely have degraded by now; we’ll never be able to find archaeological evidence that proves the story beyond a shadow of a doubt. 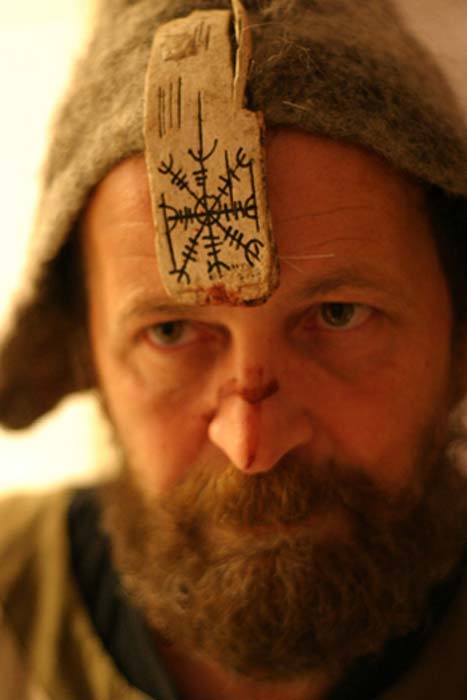 Man dressed in traditional Icelandic clothing and a displaying the Ægishjálmr symbol, which can be found in the Galdrabok grimoire. ( Museum of Icelandic Sorcery and Witchcraft )

It could be that the whole legend was never anything more than a way for the town gossip to pick on a rich neighbor. Or it might be a real tradition passed down through the centuries; a glimpse into the dead beliefs of a pagan world lost to time.

Top Image: “The Black Man”, an aspect of Nyarlathotep as described by H. P. Lovecraft in “The Dreams in the Witch House” (1932). (Jens Heimdahl/ CC BY SA 4.0 ) A replica of necropants at The Museum of Icelandic Sorcery & Witchcraft in Holmavik, Iceland. At the right of the pants is the magical symbol (nábrókarstafur) that is part of the ritual and at its feet are coins. The exhibit is behind glass and lit from above with a harsh yellow light. (Bernard McManus/ CC BY 2.0 )