He was one of the most prolific directors in Hollywood—until he was fatally shot by an unknown killer in his Westlake home.

William Desmond Taylor was Hollywood’s most prolific Irish director at the time, working behind the camera on some 60 movies and as an actor in 27 more. He worked with some of the greatest actors and actresses of the silent era, including Mary Pickford, Wallace Reid, Dustin Farnum and others. But it was the fame of his shocking, unsolved murder that would ultimately overshadow Taylor’s cinematic career.

Born William Cunningham Deane-Tanner in 1872, the man who would become William Desmond Taylor left Ireland for the United States in 1890, where he worked at a dude ranch in Kansas before moving to New York where he married Ethel May Hamilton in 1901. They were married for almost seven years before William abruptly disappeared, deserting his wife and young daughter. After his disappearance, it was revealed that he had suffered from “mental lapses,” and some friends thought that he might have wandered away while suffering from amnesia.

William traveled through Canada and the northwestern United States until, in 1912, he found himself in Hollywood. He had changed his name to William Desmond Taylor, and he quickly found work as an actor before directing his first film, The Awakening, in 1914. In the decade that elapsed between Taylor’s arrival in Hollywood and his murder, he directed dozens of films, and also served in the Canadian Expeditionary Force near the end of World War I. 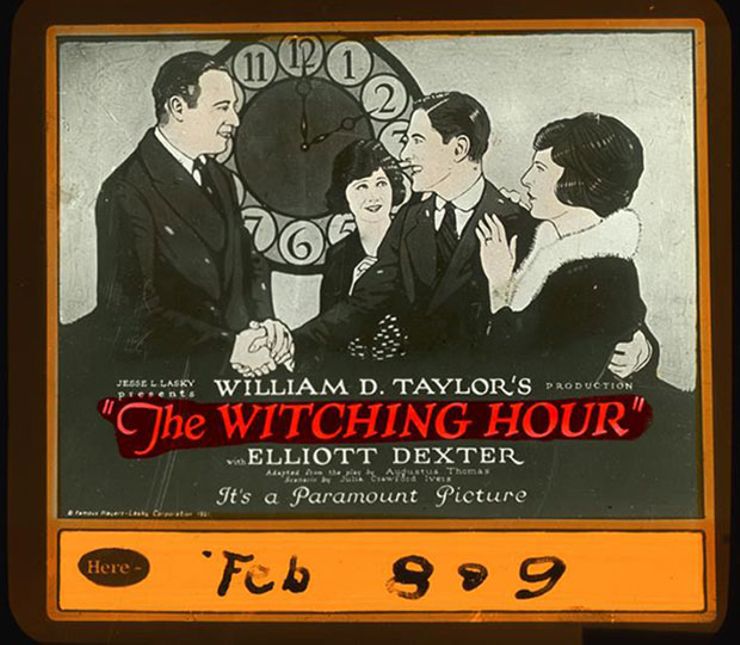 On the morning of February 2, 1922, Taylor’s body was found in his bungalow in Westlake, Los Angeles by his valet Henry Peavey. A crowd quickly gathered, and someone who identified himself as a doctor stepped forward and declared that Taylor had died of a stomach hemorrhage. When the police examined the body, however, they found that Taylor had been shot in the back with a small-caliber pistol. The “doctor” vanished, and was never seen again. It was only the first of several strange clues and unexplained disappearances that would plague the case.

Taylor’s wallet held $78 in cash, and he wore a two-carat diamond ring, which would seem to discount the idea that the murder was a robbery gone bad. And yet the day before, Taylor had shown his accountant a large sum of money which was nowhere to be found. The ensuing investigation became as much a matter for the papers as for the police, with many sensational—and often inaccurate or downright fabricated—newspaper reports coming out surrounding the murder. 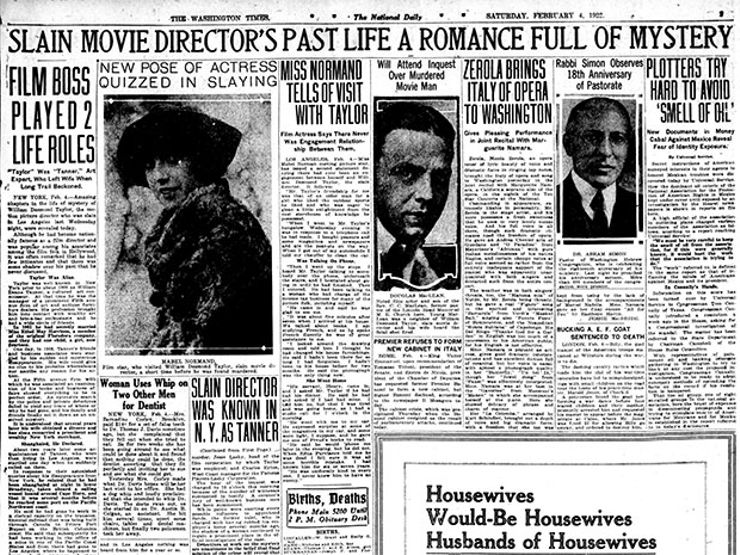 A sensational headline from The Washington Times about Taylor’s death. Photo: Via The Library of Congress.

Robert Giroux, a renowned book editor, publisher, and author of the 1990 book about the murder A Deed of Death, has been quoted as saying that, “The studios seemed to be fearful that if certain aspects of the case were exposed, it would exacerbate their problems.”

A police detective who worked on the case claimed, many years later, that within the first week of the investigation they “got the word to lay off.” Perhaps due to these desires to hush up certain aspects of the crime, much of the physical evidence relating to the murder was lost either right away or over the intervening years.

In spite of these setbacks, the police and press identified more than a dozen possible suspects in the killing. There was even one confession, though no one was ever charged and the case remains officially unsolved to this day. While most of the suspects were ultimately cleared by the police, many of them present their own strange stories that could have come straight out of a film noir:

Edward Sands had worked as Taylor’s valet until about seven months prior to the murder, during which time he had forged Taylor’s name on checks. Sands had even burgled Taylor’s bungalow, leaving his footprints on the bed. For some, Sand is considered the most likely suspect, while for others he’s another victim of a larger conspiracy. In the wake of the murder, he was never seen or heard from again. 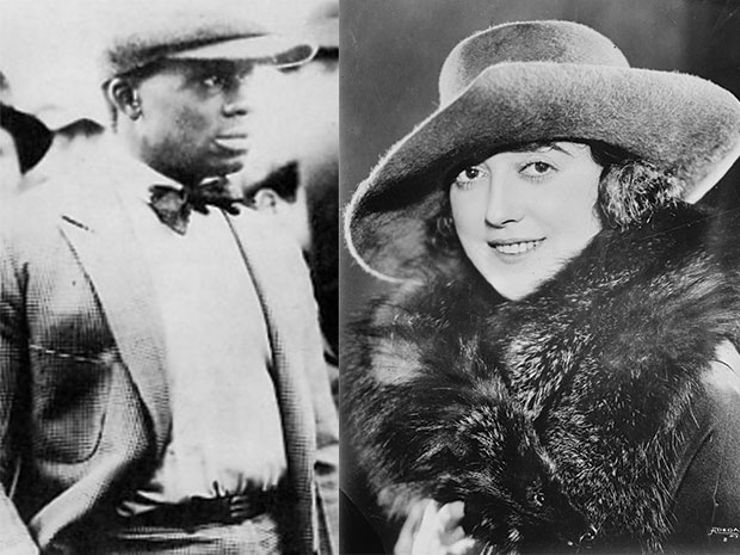 Henry Peavey took over as Taylor’s valet after Sands and found the director’s body. While the police cleared him after intense questioning, the story goes that a reporter for the New York Daily News was convinced that Peavey was the killer, and thought she could trap him into a confession. Believing that he would be afraid of ghosts due to his race, she offered to pay him $10 if he could identify Taylor’s grave in Hollywood Park Cemetery. An accomplice had already gone ahead and was waiting at the grave site draped in a white sheet. When Peavey approached, the sheeted accomplice claimed to be the ghost of Taylor and said, “You murdered me. Confess, Peavey!” Unfortunately for them, Peavey saw right through their charade, thanks in no small part to the fact that they hadn’t known that Taylor had a strong British accent while the “ghost” was from Chicago.

Mabel Normand, a popular comedic actress, was said to have been a lover of Taylor’s, and is one of the last people to have seen him alive. While most have ruled her out as a suspect, she was, at the time, addicted to cocaine, and, in an effort to help her kick her dependency, Taylor had recently met with federal prosecutors to assist them in charging her suppliers. Some have since theorized that Normand’s suppliers may have hired a contract killer to take care of Taylor. 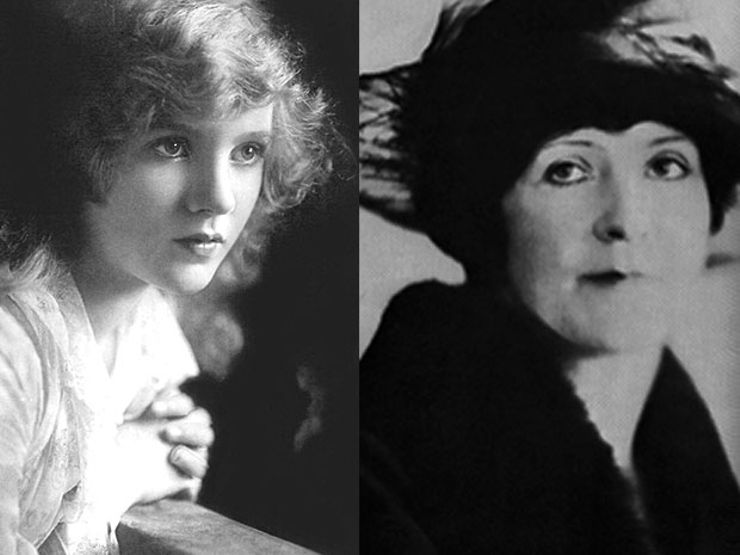 Mary Miles Minter was a former child star and protégé of Taylor who was allegedly deeply in love with him. Passionate letters from Minter to Taylor were found in his bungalow, and many sources alleged a sexual relationship between the two that had begun when Minter was only 17 and Taylor was 47. According to Minter’s own statements, however, Taylor refused to reciprocate Minter’s advances and said that he was too old for her.

Charlotte Shelby, Minter’s mother, who many contemporary sources characterized as manipulative and greedy, is a favorite suspect among many amateur detectives and true crime writers in the years since the murder. Circumstantial evidence connecting her to the killing is exacerbated by the fact that she owned a rare gun similar to the one that killed Taylor, and after his murder she threw it in the Louisiana bayou.

Margaret Gibson, an actress who worked with Taylor when he first came to Hollywood, died of a heart attack in 1964. Having recently converted to Catholicism, she gave a deathbed confession in which she is said to have confessed to having “shot and killed William Desmond Taylor.” This didn’t become public until 1999, when it was printed in the newsletter Taylorology, devoted to collecting and transcribing newspaper articles and other accounts relating to the murder.

In spite of these and other suspects, the murder of William Desmond Taylor remains a tale with more mysteries than solutions, and has left behind a legacy that influenced films like Sunset Boulevard and Hollywood Story, as well as dozens of true crime writers and Gore Vidal’s novel Hollywood.

We may never know what really happened to William Desmond Taylor, and perhaps that’s where much of our continued fascination with his death lies.