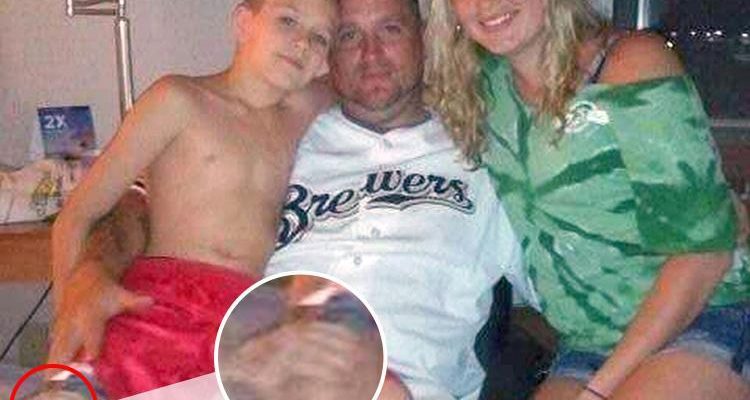 When This Man Came Back From The Dead… Did Something Come Back With Him?

One man died… but was resuscitated… and something apparently came back with him… what do you make of this?

(By G. Michael Vasey for My Haunted Life Too)

A dad spotted a creepy “ghost hand” resting on his son’s leg in a photo – just four days after he “came back from the dead”.

Former addict Chris Downing, 43, captured the eerie image after he nearly died from a heroin overdose – and now fears he might have brought something back from the afterworld.

The dad-of-two, who is now clean, has shared the photograph for the first time after it was taken back in May 2012 – and the ‘unexplainable’ extra hand in the shot has created waves online.

When paramedics found skeptic-turned-believer Chris, from Janesville, Wisconsin, USA he was completely blue with no heartbeat or pulse.

After his horrific wakeup call, the dad knew he needed to get clean – and decided to move from Wisconsin to Arkansas to start the road to recovery.

Before leaving his hometown, the dad booked a night at a local hotel where his children Alexis, now 25, and Kyle, now 16, came to visit him – with Kyle’s mum snapping the seemingly-normal family picture.

But it wasn’t until a week later that Chris received a phone call from his ‘frightened and rattled’ daughter – who pointed out the terrifying ‘ghost hand’ that had made an appearance.

“I had no idea what the hell it was. I freaked out. I showed it to my son and he burst into tears straight away and ran into his room.

“He thought the ghost was after him and was petrified for a week. He was only 11 at the time, and it was touching his leg. But he said he didn’t feel anything weird. He still won’t look at the photo to this day.”

Read the full story here from the Sun.

Have you tried these great #paranormal books from G. Michael Vasey? If you’re looking for true tales of the paranormal to keep you chilled throughout this summer season… just click here.