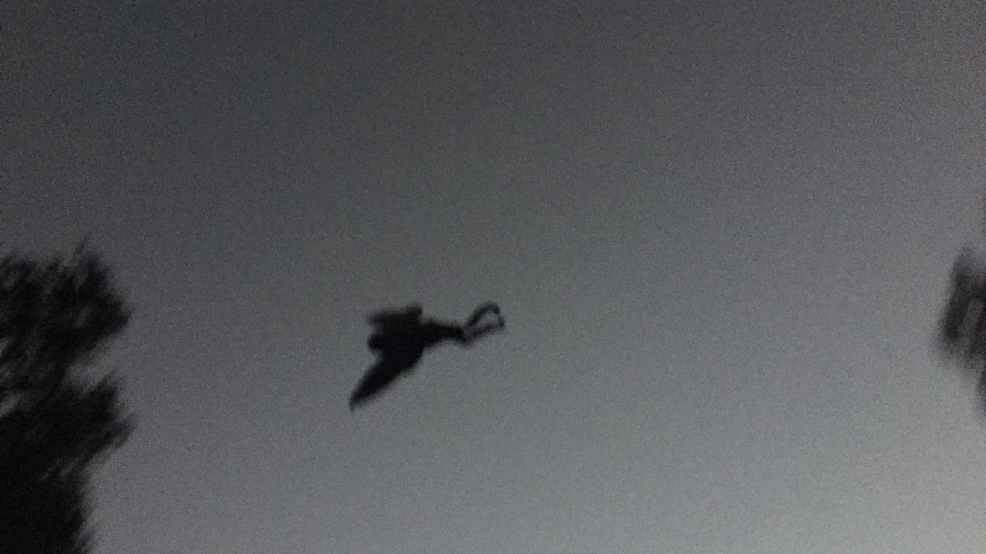 Earlier this month, UFO Clearinghouse received a strange report from a witness claiming to have encountered the infamous Mothman at O’Hare International Airport in Chicago, Illinois.

The witness, a truck driver, had been “picking up a load” at the time. He was away from his truck smoking a cigarette, waiting for it to be loaded up, when he glanced over toward the runways and saw what he described as “something like a large bird standing just outside of the fence by the parking lot.”

“It looked like a person with wings that were stretched out and flapping. It was walking away from the fence toward the open field and then began to flap its wings and disappeared.”

According to the report, the sighting occurred on Tuesday, November 26, 2019 at about 6:30 p.m. In a follow-up phone call, Manuel Navarette of UFO Clearinghouse learned that the creature stood at least 7 feet tall, with wings roughly 6 feet wide, according to the witness. It was demonic in appearance, and left the witness in a state of unease.

Chicago in general is no stranger to alleged Mothman sightings, but O’Hare International Airport currently seems to be experiencing something of a pattern.

Last week, UFO Clearinghouse received another witness report from someone claiming to have seen a red-eyed winged humanoid, also at O’Hare Airport, on December 3.

The witness, an employee at O’Hare, was patrolling the fence lines surrounding the airport when he noticed a “large person” standing in a nearby creek. He stopped his car and turned on his lights, only for the so-called person to turn and look up, displaying “two very bright red eyes.” It then allegedly “turned away” and “unfurled a set of wings and…began to flap them.” The mysterious figure then disappeared into the night sky.

Lon Strickler of Phantoms & Monsters highlighted another case that occurred on October 5, 2019, in which the witness, while sitting in a car, encountered a “tall thin winged creature” walking out from some nearby trees.

The creature reportedly also stood around 7 feet tall, and appeared “completely black.” It, too, had glowing red eyes, and eventually spread its wings and “took off.” A few days after this report was shared, the witness contacted Strickler with more information. There may have also been other witnesses, he said.

“It unfurled its wings and after a few seconds it began to flap them, slow at first then faster and faster as it leaped into the air. It flew like a large bird would.”

What is the Mothman? An alien being? A paranormal entity? A big strange owl? And why’s it hanging around Chicago? While you ponder those questions,  be sure to check out Strickler’s map of winged humanoid encounters reported around the Windy City…