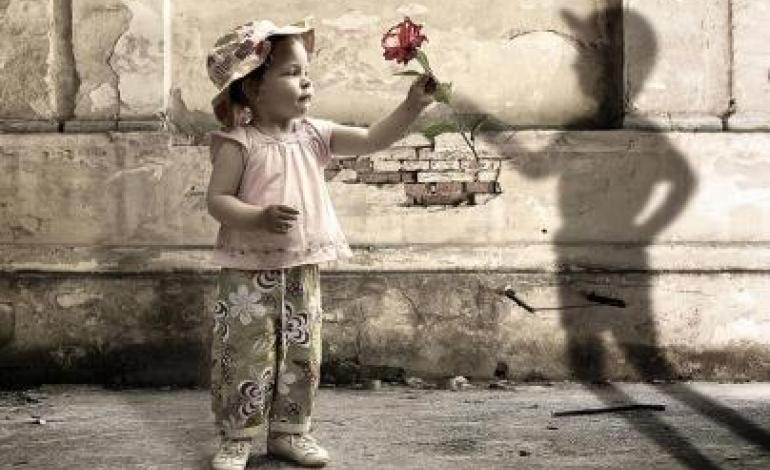 Grown-Ups Describe Imaginary Friends That May Not Have Been Imaginary

“I was an imaginative kid & had several imaginary friends, but my first one was different then the rest. When I was two or three I had an imaginary friend named Karen. My whole family knew about her & I would insist she be treated like a real person, unlike my later fantasy folks. My mom would hear me carrying on whole conversations with her alone & was always a little curious where I had come up with the whole thing, it seemed more complex then toddler pretend. Like I genuinely thought she was a person & that people were being inconsiderate to her by not acknowledging her. Sometimes to humor me my parents would out of the blue be like ‘Well, hello Karen!’ & I’d glare replying ‘She’s not here right now.’

We ended up moving & once we did, Karen wasn’t mentioned anymore. Since I was young, I don’t remember too much, just a warm feeling like an old friend. My mom asked me about it when I got older, and told her I could confidently remember making up my other later imaginary friends (Howard the Duck & his girlfriend Chuck) but not Karen. She told me she always wondered if I was seeing something she wasn’t, but no harm ever came of it so she didn’t worry.

Well I’m in my 30’s now and was reading an article about a case that changed how soon you could report a missing person. As I read I realized it was sort of near where I used to live and the girl was named Karen. I didn’t think much of it, it was a city, crime happens. As I read further, I learned that Karen’s murderer had buried her body in the town I had lived. At that point, not expecting much but rather curious, I texted my mom for the address of our old house. As it turns out, Karen was murdered then buried about a mile & a half from our old home.

Now, I’m not saying that I’m 100% sure this Karen was my Karen, and the whole thing had happened a little over decade before my parents had even bought the house. My mom had never even heard of the case and it was would have long been out of the headlines. I still haven’t found a picture of the girl and sometimes wonder if I’d recognize her even though she died before I was even born. Regardless, the whole thing was a sad story and that young lady didn’t deserve such an awful end. If she was my Karen, it’s even sadder her spirit lingered and only had a toddler for a friend.”

Sarah May Not Have Been So Imaginary After All

“Not imaginary, per se. I used to break into houses as a little kid. I lived in a really run-down part of town with a huge amount of foreclosed and empty houses. So, I would pry off the window screens and if the windows were unlocked, I would crawl inside them. I was maybe like five or six.

Well, in one abandoned house there was always this young Hispanic girl hanging out in the upstairs bathroom. I would go up there, and she would talk to me and we’d play tag and hide-and-go seek and truth or dare. I’d always invite her home for dinner but she said she couldn’t leave because she had to wait for her mom to come home. I guess it made sense to me at the time, but when I think back, there was nothing in that house. Not even silverware in the kitchen drawers. The carpets were all mildewed and it was seriously empty. I don’t think she could have really been there.

Her name was Sarah. (I don’t think she ever told me her last name). She always wore these cut-off tank-top shirts (I really can’t remember what of, but I’m fairly certain they were graphic tees) and always these pastel-orange spandex shorts. She had a bobbed hair-cut where the hair was shorter in the back than the front. She was missing a couple of teeth in the front of her mouth. She was a little chubby, especially in the stomach.”

“As soon as I could start speaking, I had an imaginary friend. I called him ‘Tom.’ I would set places at the table for him, talk to him during long bus rides, ask his opinion about things, and basically treat him like an invisible brother even though I had three other siblings. I don’t remember any of this. My mum grew concerned that I wasn’t developing socially, so she took me to a child psychiatrist. This I remember. They asked me about Tom and why I saw him, if I saw anyone else in the same manner, and asked me to sort out some stuff with puzzles. I stopped talking to Tom after that.

Fast forward ten years. After her divorce, my mum gets really into spirituality. I thought it was a load of bollocks, until she played the recording of a particular psychic reading session with me. The psychic was new and really interested in me for some reason. She said she saw a young dark haired man ‘watching over me’. She asked if the name Tim meant anything. She asked if I was a Gemini. She asked if I had a large birthmark on my side. All this is correct.

The psychic inferred that Tom/Tim and I were twins in a past life. The birthmark I carry is apparently how he died, to come watch over me in this life. As a child, I could see him and interact with him, but I lost that gift as I was conditioned not to see him.

I’m skeptical of such claims, but hearing the psychic pinpoint such information made the hair rise on the back of my head. So, I guess if you’re there watching over me, thanks twin bro.”

Charlie Was A Little Man Who Went Everywhere

“I had one when I was like four. He was Charlie. My parents always asked what he looked like, and I always said a little man. He went every where with me (single child at the time). It was to the point that I would cry if my mom sat on Charlie while we were eating lunch. When we moved away Charlie didn’t come with us.

My Mom asked where he was, and I told her that he was going to be a mannequin at Sears. Years later we found out that a little person had committed suicide in our house before we moved in…”

POLL: Help Choose A Name For The Weird Darkness SUV