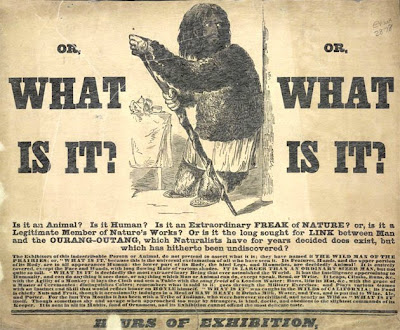 The Victorians Loved Their Freak Shows

The trade in human disability as a form of entertainment has been around for centuries, with physical ‘curiosities’ being displayed in circuses or travelling fairs. However, during the nineteenth century, such exhibits became so popular that permanent venues were set up. London had the Egyptian Hall. In New York there was P T Barnum’s American Museum.
The Victorians did love a freak show, and although today we may view such things as being sordid and exploitative, some of the performers were more than happy to be involved. Ironically enough, the ‘protection’ of the stage offered security and peace, whereas the real outside world could be a hostile and cruel environment. The acts could make good money too. By the late 1890’s some of the most successful could earn £20 a week – the equivalent of what would be well over £1000 today. 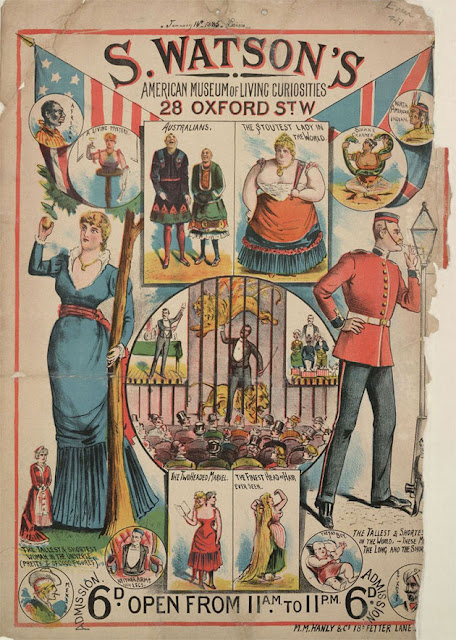 Most productions would depend on the skill of the manager or showman to draw in the paying crowds. Printed advertisements would help to stir up curiosity, although when witnessed in the flesh the wonders they proclaimed may well have led to disappointment. 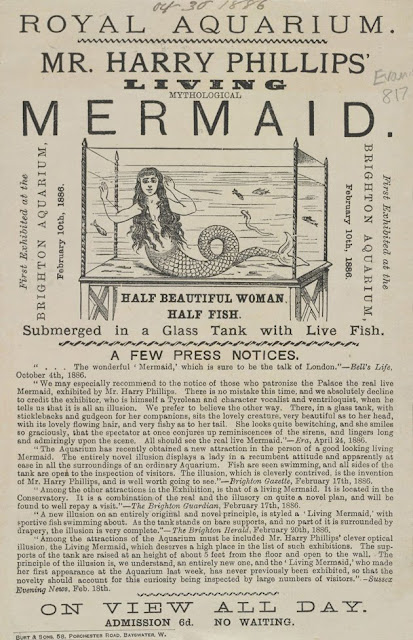 The mermaid in this poster would actually have been created by the arts of the taxidermist. Rather than seeing a lovely woman, the audience would most probably be faced with the stuffed head of a monkey fixed to the body of a fish. 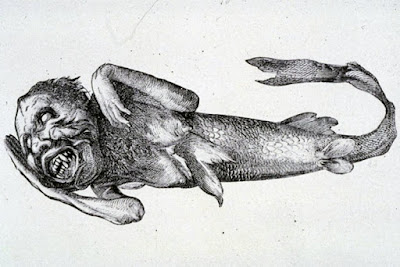 Indeed there was quite a craze in the displays of these Feejee Mermaids, more of which you can discover in a precious blog post. You’ll also find this monstrous freak being featured in the V V’s Victorian gothic novel, Elijah’s Mermaid. 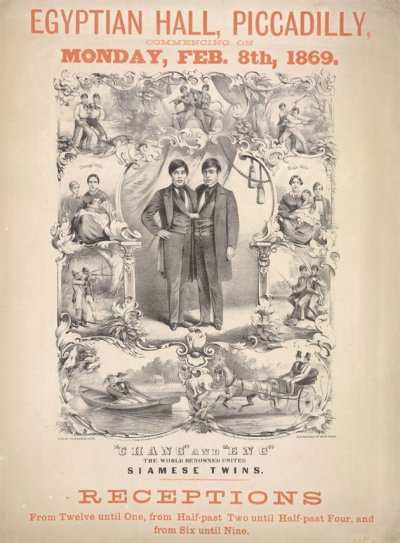 There were some acts that became so famous they needed little promotion. Chang and Eng were the Siamese twins linked at the chest by a thick band of skin. 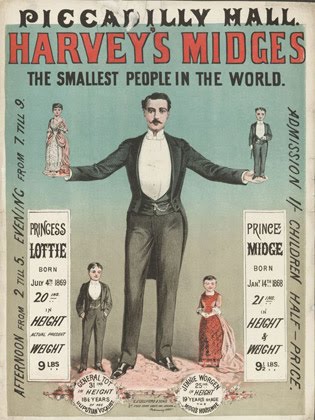 Midgets were always a draw, sometimes appearing in groups or ‘troops’ in which they would dance and sing, or else perform as acrobats. One of the most famed of the little men was the American General Tom Thumb who travelled with P T Barnum’s show and who proved to be so popular he was invited to meet Queen Victoria. 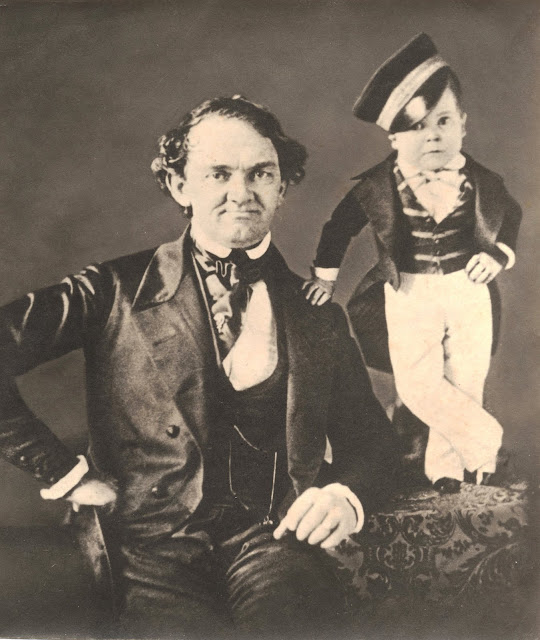 Miss Rosina was a favourite too. Appearing all over Europe, she was often welcomed into aristocratic and royal homes. Despite having no hands or fingers she managed to crotchet by using her feet, and was said to produce fine paintings by holding a brush between her lips. 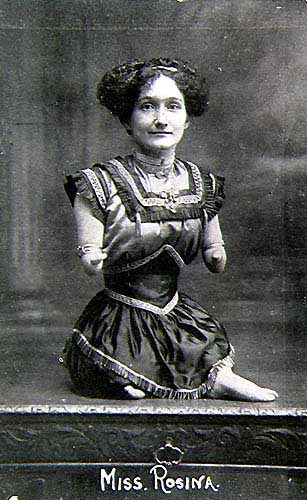 For a wonderfully detailed view of this world the VV recommends John Woolf’s The Wonders. 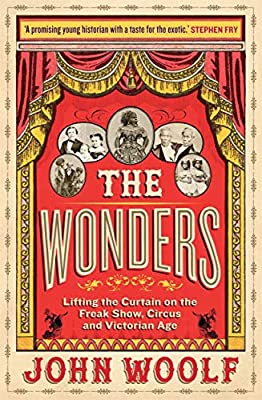 Below are more posters for freak shows which form part of a collection now held at the British Library. 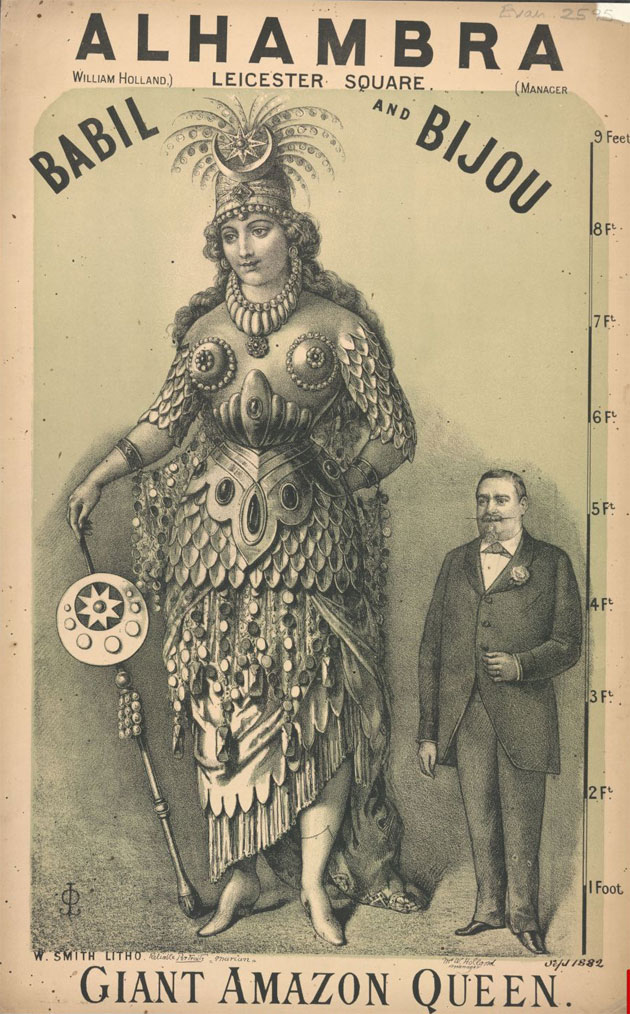 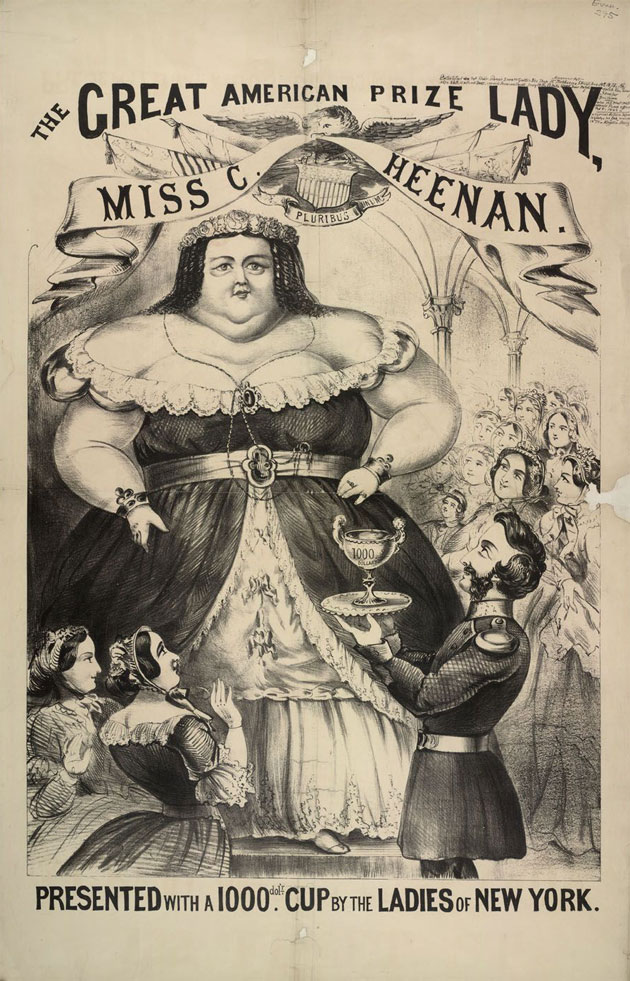 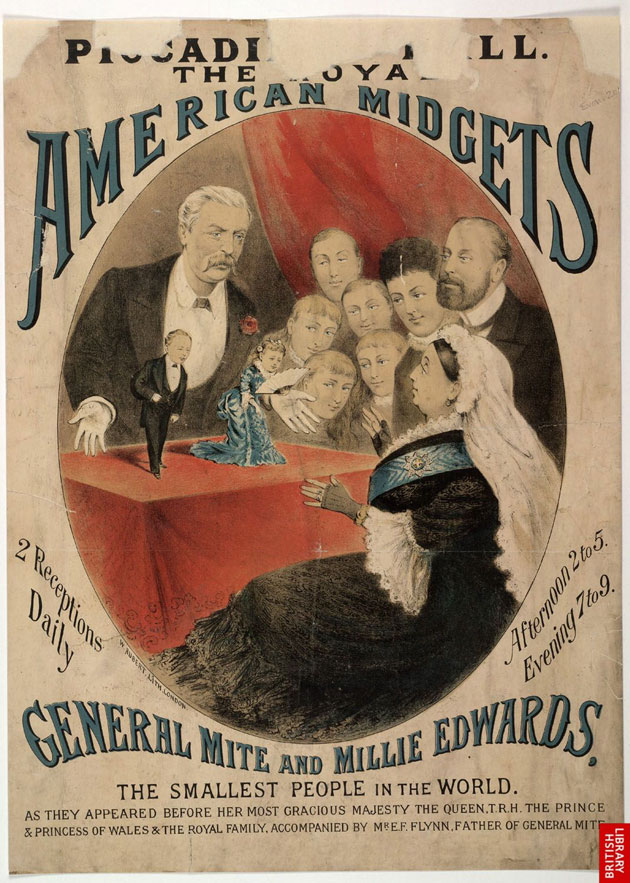