Listen to ““The CIRCLEVILLE LETTERS and the WESTFIELD WATCHER” True Psychological Horrors! #WeirdDarkness” on Spreaker.

IN THIS EPISODE: wo stories of people living ordinary lives being terrorized by threatening, creepy letters in the mail. We’ll begin in 1976 in Circleville, Ohio. Then I’ll share a more modern story where a New Jersey family moves into a home and is terrorized for years by mail through 2017.

TRANSCRIPT FOR THIS EPISODE…
(Scroll to bottom of blog post):

MY RECORDING TOOLS…
* MICROPHONE (Neumann TLM103): http://amzn.to/2if01CL
* POP FILTER (AW-BM700): http://amzn.to/2zRIIyK
* XLR CABLE (Mogami Gold Studio): http://amzn.to/2yZXJeD
* MICROPHONE PRE-AMP (Icicle): http://amzn.to/2vLqLzg
* SOFTWARE (Adobe Audition): http://amzn.to/2vLqI6E
* HARDWARE (iMac Pro): https://amzn.to/2suZGkA
I always make sure to give authors credit for the material I use. If I somehow overlooked doing that for a story, or if a credit is incorrect, please let me know and I’ll rectify it the show notes as quickly as possible.
“I have come into the world as a light, so that no one who believes in me should stay in darkness.” — John 12:46
Find out how to escape eternal darkness at https://www.youtube.com/watch?v=2IYmodFKDaM
WeirdDarkness™ – is a registered trademark. Copyright ©Weird Darkness 2020. 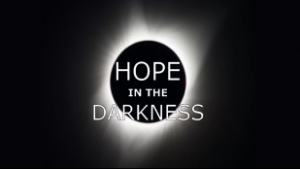