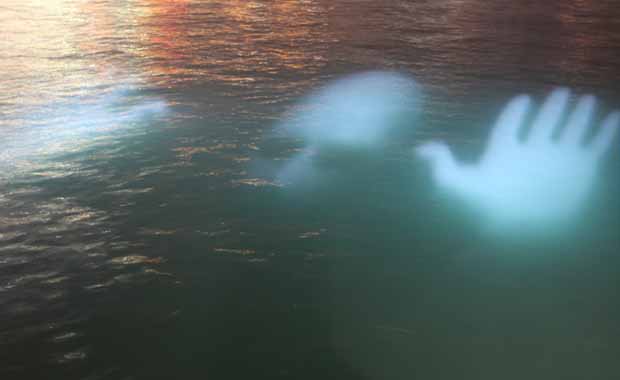 The following video is currently making the rounds online. Does it show a ghost swimming beneath the water’s surface?

According to online reports, a woman recorded her tubing excursion through an irrigation canal in Isabela Puerto, Rico. However, when the woman reviewed her footage, she was horrified to see a ghost pursuing her underwater.

Take a look at the video and see for yourself.

Believers claim the underwater figure is everything from a ghost to a mermaid. Skeptics claim it’s nothing more than a regular swimmer, clever video editing, or a dead body. Speaking of dead bodies…

In July 2013, police pulled a man’s body from the same canal after someone spotted him in the water. Does the footage show the victim’s spirit?

Here’s a translated version of the news report:

Personnel from the Homicide Division in the Aguadilla area were mobilized this Sunday to an irrigation canal in Isabela, where the body of a 45-year-old man with an open wound on his head was spotted.

Police said the lifeless body of Edgar González Pérez was floating near a pump station of the Aqueduct and Sewer Authority (AAA) located in the Arenales Bajo neighborhood in Isabela.

The police press officer in Aguadilla, Diana Hilerio, said the information about the dead person was offered through a telephone call to the 9-1-1 Emergency System.

Hilerio added that agent Felix Figueroa went to the site to investigate. Shortly after noon, the authorities inquired with relatives of González Pérez, and his father indicated that he saw him alive for the last time yesterday at 5:00 p.m.

According to Antonio González, father of the victim, at that time he took his son to a mechanic’s workshop located in the community of Mantilla, in Isabela.

The Homicide Division continues the investigation of the events, reported midmorning.

What do you think of the video? Underwater ghost or drowning victim?