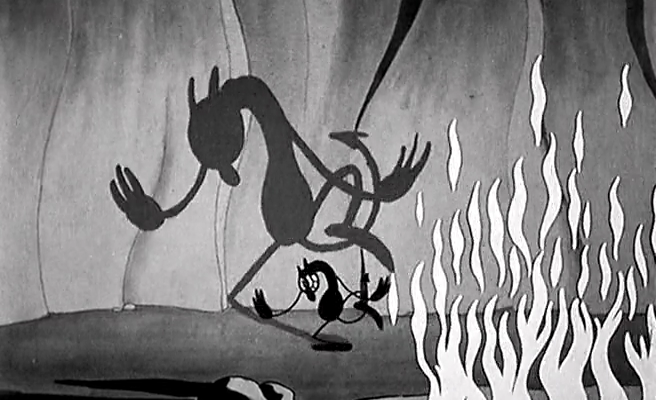 What was Walt Disney thinking?!? The spider going after the camera before flames suddenly grab it and yank it down to a fiery doom? The snake eating the bat and then becoming a snake-bat hybrid? The dragon/cow with a massive udder that little demons yank on so fire spits out?  Yeah…this is definitely one of those levels of Hell Dante was referring to. At least the Devil perishes at the end, but then again, where would he go?