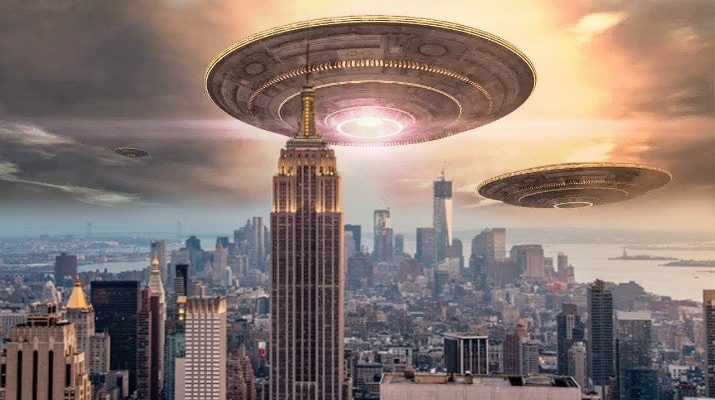 What Journalism Could Teach the UFO Community

The recent, long-awaited New York Times article, which reported the Pentagon will continue to seek transparency and truth regarding the UFO subject, has received some push-back among some within the UFO community, and has once again shown the divide between journalistic standards and Internet activism.

The Times had to run a correction when some of the quotes he was quoted in drew the ire of former Senate Majority Leader and architect of the Pentagon UAP program Harry Reid. Some were quick to ponder on Twitter, and blogs whether the Times misquoted Reid, or he was simply back-tracking after saying “too much” regarding the government’s role in UFO crash retrieval. The article was written by Leslie Kean, and Ralph Blumenthal; the  two veteran journalists behind the initial 2017 New York Times Pentagon UFO article that led to other mainstream outlets following suit. Running corrections are part of the Society of Professional Journalists Code Of Ethics under the “Be Accountable and Transparent” section.

Kean and Blumenthal voiced their concerns on the Project Unity about UFO activists disturbing the journalistic process, and setting a “frenzy” and hype around the story. Kean and Blumenthal politely declined comment for this story citing being “burned out” with all the hoopla around them as of late.

For months prior to the story, UFO Twitter was ripe in teases that something “big” was coming, predicted it would be about the Wilson Leaks, and some thought it would pair with the premiere of History Channel’s season 2 of “Unidentified.” None of these predictions came true, and what Kean and Blumenthal presented was a solid, simple story updating the general public that the Pentagon’s UFO investigation is ongoing, some new players (Marco Rubio) are rallying around a bill to investigate, and Reid’s conclusion that some exotic materials were in the hands of the government and the private sector.

Kean and Blumenthal said that large parts of their story were left on the cutting room floor; an editor’s decision that is not uncommon in any story. Traditionally, stories are cut for space, style/ grammar errors, and content determined by copy editors, copy chiefs, and at times, per discretion of section editors/ editorial board. Kean and Blumenthal also wrote a “Times Insider” piece detailing how they reported on, and were briefed on their most recent story.

From the “Times Insider” article:

“Numerous associates of the Pentagon program, with high security clearances and decades of involvement with official U.F.O. investigations, told us they were convinced such crashes have occurred, based on their access to classified information. But the retrieved materials themselves, and any data about them, are completely off-limits to anyone without clearances and a need to know.”

Joe Murgia, a long-term citizen UFO investigator whose work on aggregating the history of the Wilson Leak documents continues to be a Herculean effort,  has been at the forefront of the recent hype about the New York Times piece. Murgia has claimed prior to the story coming out he had inside sources on the article’s content, and has now said the article was supposed to feature content about the Wilson Leaks.

“I’m confident they were working on Wilson/Davis (WD) notes because some of us heard Ralph Blumenthal’s call with Paranormal Lawyer Michael Hall live on Facebook where they discussed the WD documents,” Murgia said.” I’m confident Will Miller was a part of the story because Leslie Kean has written about and interviewed, him since 2000 in a few of her mainstream UFO articles (Boston Globe was one) and then in her UFO book in 2011. In that book, she called him a ‘true insider.’ It was a no-brainer to me that he would be included. When I spoke with him to set-up the interview with him for WD Mega-Blog, I told him the NYT was working on an article about crash retrievals. Pretty sure he already knew that.”

Traditionally, a story like the Wilson Leaks, as intriguing as it is, wouldn’t be enough for a professional journalism outlet to report on, but it could be a proper lede on a reporter doing their own digging, and going from there. The UFO community can learn from journalists the  process for stories, as well as reporting standards. What gets published and what doesn’t is always at the discretion of the reporter not all ledes turn into full-fledged stories, sources (including anonymous) need to be approved by the editor, and  a good news story should present both sides of the story.

“Interest to run UFO articles by major publications is a lot higher than I think most people realize ,” said Popular Mechanic’s Tim McMillan on how he pitches stories to his editors. ”However, because of the stigma attached to the subject major outlets want to make sure you’ve got well sourced, credible information. There’s a lot of very interesting stories associated with the UFO phenomena, however, unfortunately many of them lack solid, credible evidence backing them up. Because of these inherent concerns, I avoid pitching anything that I don’t already have solid evidence to back up. It can make for a slower and less sensational ‘UFO news cycle,’  however, I tend to believe it’s better to put out ‘good information,’ than it is to put out ‘more information’ when it comes to the UFO topic.”

The goal of large outlets like the New York Times and Washington Post, as well as organizations like To The Stars Academy Of Arts and Science is to bring the subject to a serious, rational mainstream discourse and out of the fringe. It is not meant to ignore the UFO community, but rather target the non-UFO crowd. The idea is to change the perception of how the phenomena is viewed, and bring aboard more scientists, policy makers, credible news outlets, and private companies. TTS strategy has been mostly aimed at these larger outlets, but have recently extended communication via the “TTSA Talks” podcast , which has been a concise, rational discussion of TTS scope, and Chris Mellon answering questions on Twitter.

Ultimately, these stories are dealt with strict standards (in some cases stricter) like all hard news stories are. The most important part of any news story is accuracy, so as media consumers the public should remain patient while reporters do the necessary steps to confirm information, get data, interview sources, and get editorial approval for when/how the story will run.