It’s Creepypasta Thursday! And I’m digging into the archives to bring you two stories tonight. The first is called “Born Lucky” by The Dead Canary. And then it’s “Never Use a Voice Recorder While You Sleep” by Chris Maxim.

END_OF_DOCUMENT_TOKEN_TO_BE_REPLACED

IN THIS EPISODE: A dream home becomes a house of nightmares… A woman living alone hears a raspy man’s voice speak to her in the dark… While exploring a haunted ship, a woman gets burned – literally… A non-believer in the paranormal becomes a believer… in his own house… Howard Carter became the first person to peer inside of the tomb of King Tutankhamen in Egypt’s Valley of the Kings. It turned out to be the discovery of a lifetime and the start of an ancient curse. *** The Wendigo… a shapeshifter, a cannibal, and many believe it to be completely real. *** Puzzling loud booms have been heard in many locations this year and despite lots of speculations no-one knows what’s behind this disturbing phenomenon. *** Why would something want to possess a department-store mannequin? *** Samuel Clemens – better known as Mark Twain. There is a part of his life that is all too often ignored by historians and biographers. Most scholars ignore the fact that Twain had a lifelong interest and fascination with the supernatural. *** Plus, if you’re a fan of cryptozoology, you’ll love my last story… a creepypasta called “The Fairies”.

END_OF_DOCUMENT_TOKEN_TO_BE_REPLACED

In the midsts of the UK’s history of serial murderers, Peter Tobin is a man with a dark past. Convicted of the murder of three women across the UK, and an earlier brutal attack on two teenage girls, Tobin is currently serving three life sentences with a recommendation that he is never to be released. This is a man who traveled around the country, used up to 40 aliases to avoid detection and to avoid anyone discovering his previous crimes. Caught for murder at 60-years-old, authorities’ fear he has been operating for more than 40 years and could be responsible for many more deaths. Peter Tobin was in the Glasgow area at the time of the Bible John murders and known to frequent the Barrowland Ballroom where all three victims met their killer. His appearance at that time bears a striking resemblance to the artist’s impression of Bible John. He has connections to religion and he was jailed for burglary and forgery right at the time the Bible John murders stopped. Could Peter Tobin be Bible John?

END_OF_DOCUMENT_TOKEN_TO_BE_REPLACED

IN THIS EPISODE: In the Oakland Cemetery, a bronze monument to tragedy is said to bring death to anyone who touches it. (Black Angel of Death) *** While camping, a man has dreams of a dark-haired woman several nights in a row. Normally it wouldn’t be anything to be all that concerned about, but it’s something to fear if you are near the French Broad river. (Siren of the French Broad) *** Alien visitors, beings from a different dimension, our planet even had tree monsters and sentient pyramids showing up – and all in the year 1965. (The Inter-Dimensional Interlopers of 1965) *** A retired naval officer reports rocks falling through his home’s roof – dozens in a single day – with no explanation of where they came from. (Cappy Ricks and the Stones) *** In 1994 a man has a paranormal experience with a popular song recorded two decades earlier. (The Joker) *** Is there a clandestine space program designed to save the elite from a global catastrophe? (Alternative 3) *** On this date, October 24, 1953, Evelyn Hartley, a 15-year-old sophomore from La Crosse, Wisconsin, vanished without a trace while on her way to a babysitting job. It was like something out of a Halloween urban legend but in this case, the horror was real. (The Babysitter Who Vanished) *** The odd happening that takes place here and there in a house more than likely can be explained in some rational way. Even quite a few strange occurrences could probably be explained by science. But when the events seem to never stop, perhaps it’s time to think something else is going on. (An Assortment of Experiences) *** Legend tells a centuries-old curse was placed upon Dudleytown in Connecticut. The town turned into a horrible place where people committed suicide or went insane. (Cursed Dudleytown) *** Exactly 92 years ago today – October 24, 1926 – something went wrong during a performance by Harry Houdini. A week later, he would be dead. (Houdini’s Final Performance) *** The Hamilton-Byrne family was anything but typical, rather it was a doomsday cult with a leader who believed herself to be the reincarnation of Jesus Christ. (Inside the Family Cult) *** AND MORE!

END_OF_DOCUMENT_TOKEN_TO_BE_REPLACED 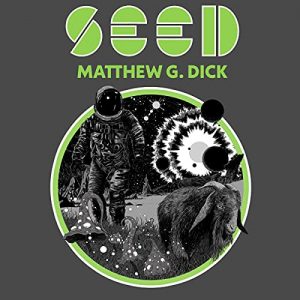