IN THIS EPISODE: Harry Houdini may have been one of the world’s greatest magicians – but he was also the biggest debunker of magic when it came to the supernatural. (Houdini vs. Spiritualism) *** There are strong women. There are formidable ladies. There are tough cookies. There are female baddies. And then there is “Stagecoach” Mary Fields, who was surely in a class all her own.  (The Ballad of Stagecoach Mary) *** Dozens of creepy stories and urban legends have sprouted up along America’s most legendary highway. We look at some of the horrifying things people have experienced on Route 66. (Terrors of Route 66) *** It was one of the wildest and wickedest of all Wild West towns… and now it’s one of the most haunted. Jerome, Arizona is considered the most haunted town in the state – possibly in all of the United States. (The Haunting of Jerome, Arizona) *** Their seances with the departed launched a mass religious movement—and then one of them confessed that “it was common delusion”. We’ll look at the rise of Spiritualism – and the two sisters that started it all. (The Fox Sisters)

END_OF_DOCUMENT_TOKEN_TO_BE_REPLACED 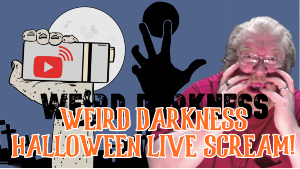