END_OF_DOCUMENT_TOKEN_TO_BE_REPLACED

The Universe is so unimaginably big, and it’s positively teeming with an almost infinite supply of potentially life-giving worlds. So where the heck is everybody? At its heart, this is what’s called the Fermi Paradox: the perplexing scientific anomaly that despite there being billions of stars in our Milky Way galaxy – let alone outside it – we’ve never encountered any signs of an advanced alien civilisation, and why not? It’s a decent question, and one that generations of scientists and thinkers have grappled with since the paradox was formulated decades ago. Some suggest aliens might be hibernating, or that something mysterious is preventing their evolution from taking place. Or maybe they just don’t want anything to do with us? Physicist Alexander Berezin has a new theory – and to some, it might be just a bit disturbing.

END_OF_DOCUMENT_TOKEN_TO_BE_REPLACED

IN THIS EPISODE: We’ve all heard of the Headless Horseman – but Sleepy Hollow’s lesser-known ghost will terrify you all the more. (The Bronze Lady of Sleepy Hollow) *** Theodore Roosevelt was so tough, that during one of his speeches he was shot in the chest – but still kept going until his speech was over. And then there was Alice, his daughter – who may have been even tougher than Teddy! (A Bullet And a Voodoo Doll) *** An icy cold hand caresses a girl in the middle of the night. (A Comfort) *** For most people, spotting a UFO would be considered extremely unusual, but for two Ohio women, seeing a UFO was the least surprising part of their experience. (UFOs And Time Distortions) *** Was there another gunman in the notorious Amityville House murders? (The Defeo Family Massacre) *** AND A WHOLE LOT MORE!

END_OF_DOCUMENT_TOKEN_TO_BE_REPLACED

t began when a teenager made a deal with the Devil in the mid 1970s. That’s when the werewolf sightings began – and some experts say there is proof of their existence. (Werewolves of Central England) *** Some think they are escaped circus freaks, others that they are strange medical experiments gone wrong. Some believe them to be ghosts or demons. What are the terrifying white animals or entities people are seeing in Pennsylvania – and could it be more than one kind of creature? (Mystery Monsters From P.A.) *** A couple moves to an old mining town with a dark past… and the darkness apparently hasn’t gone away yet. (The Old Mining Town) *** Is it any surprise that something strange might happen in a pub that used to be a church? One of our Weirdo family members tells her story. (Bandit) *** One of the best worst poets of all time has taken inspiration from a certain mountain in North Carolina – but even when there for the solitude, he wasn’t alone. (The Phantom Hiker of Grandfather Mountain) *** In 1946, a sadistic killer dressed in a white mask terrorized a small town at night. And to this day, the Moonlight Murders killer could still be at large. (The Unsolved Texarkana Murders) *** Plus, I’ll share a chapter from the upcoming audiobook, “Suffer the Children” from Troy Taylor, a story called “The Most Monstrous and Inhuman Criminal of Modern Times”.

END_OF_DOCUMENT_TOKEN_TO_BE_REPLACED

In the midsts of the UK’s history of serial murderers, Peter Tobin is a man with a dark past. Convicted of the murder of three women across the UK, and an earlier brutal attack on two teenage girls, Tobin is currently serving three life sentences with a recommendation that he is never to be released. This is a man who traveled around the country, used up to 40 aliases to avoid detection and to avoid anyone discovering his previous crimes. Caught for murder at 60-years-old, authorities’ fear he has been operating for more than 40 years and could be responsible for many more deaths. Peter Tobin was in the Glasgow area at the time of the Bible John murders and known to frequent the Barrowland Ballroom where all three victims met their killer. His appearance at that time bears a striking resemblance to the artist’s impression of Bible John. He has connections to religion and he was jailed for burglary and forgery right at the time the Bible John murders stopped. Could Peter Tobin be Bible John?

END_OF_DOCUMENT_TOKEN_TO_BE_REPLACED 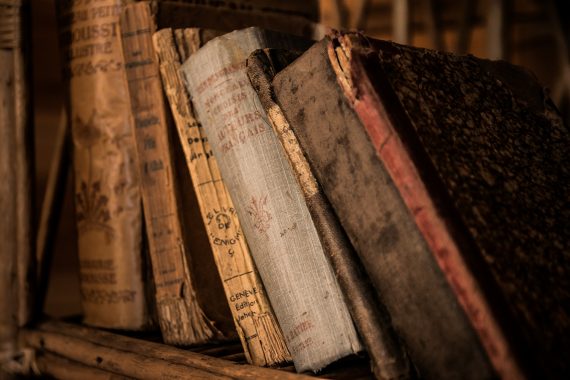