OUR NEXT WEIRDO WATCH PARTY IS
FRIDAY, DECEMBER 9th, 2022 (SEE TRAILER BELOW) 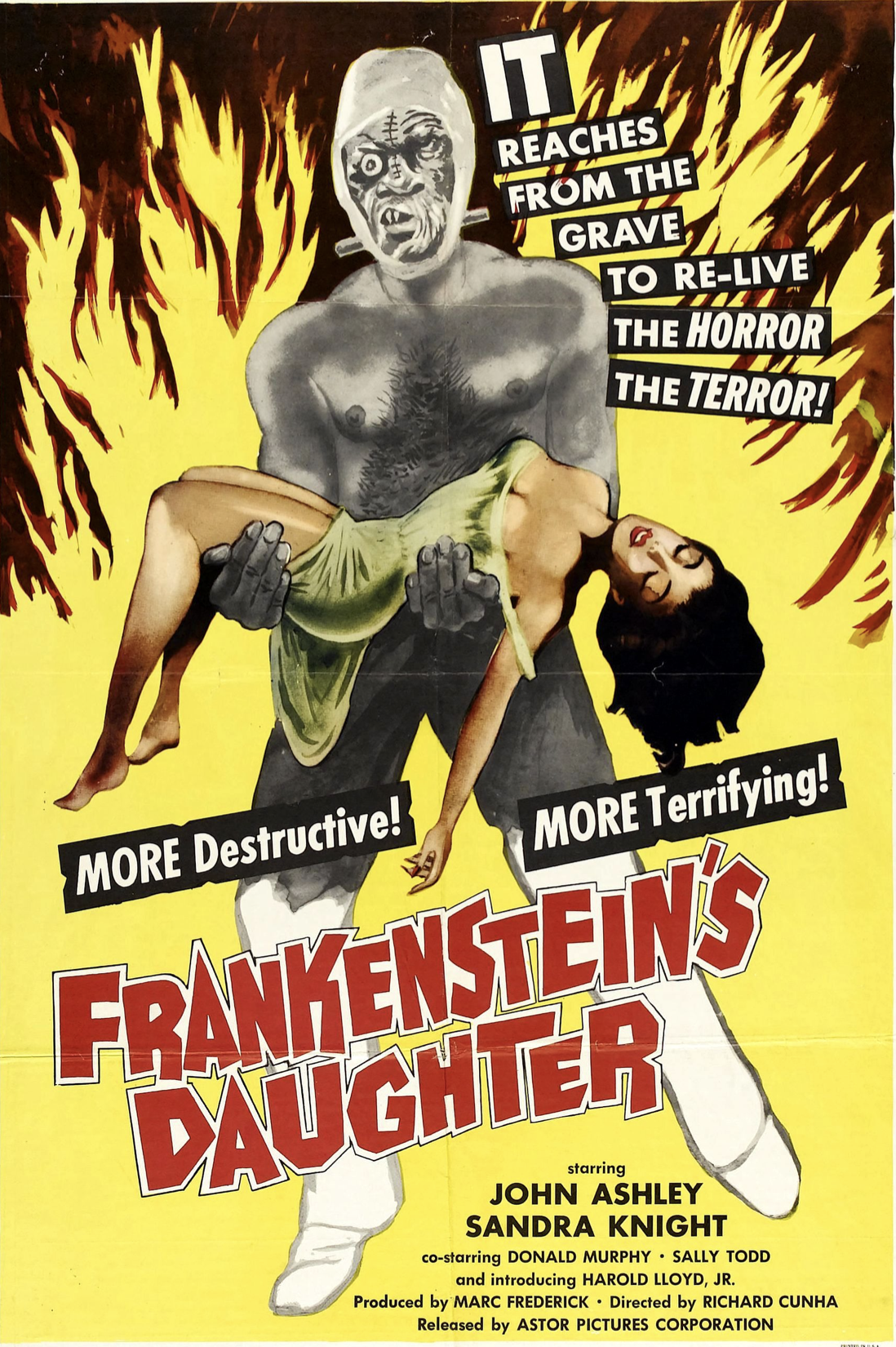 Our DECEMBER Weirdo Watch Party has us returning to the guys at Graveyard Cinema as they bring us 1958’s Frankenstein’s Daughter! Considered by many to be the worst Frankenstein movie ever put to film, in this one Victor Frankenstein’s grandson Oliver goes insane and decides to follow in his grandfather’s footsteps… creating another hideous monster!  So how bad is this film?  Let’s put it this way… creature designer Harry Thomas was never told that the creature was supposed to be female, so at the last minute on-set he just put lipstick on the creature and the director said “action!”  The Weirdo Watch Party is always FREE to watch online with everybody – so grab your popcorn, candy, and soda and jump into the fun and even get involved in the Live Chat as we watch the movie along with a couple of cheesy horror hosts!

WHAT IS A WEIRDO WATCH PARTY?

Horror hosts are a dying breed (pun intended!) but they are still beloved by scary movie fans around the world – especially Weirdos!  Join Weird Darkness host Darren Marlar and Weirdo family members like yourself and watch different horror hosts present old B-horror movies, and while doing so, hang out in the chatroom to make snarky remarks about the film and heckle the onscreen acting and action!  It’s FREE, it’s FUN, and it’s guaranteed to give you a scare… or more likely a laugh!