Hi, I’m Darren Marlar – the host of Weird Darkness.  I’m regularly narrating the work of incredibly talented authors; their creepypastas, short stories, and even full novels for the podcast.  And some of those authors blow me away with their creativity and writing. To help them get seen and heard by the masses, I’ve created Weird Darkness Publishing.  Below you’ll find titles we have released – and be sure to leave a review after reading! 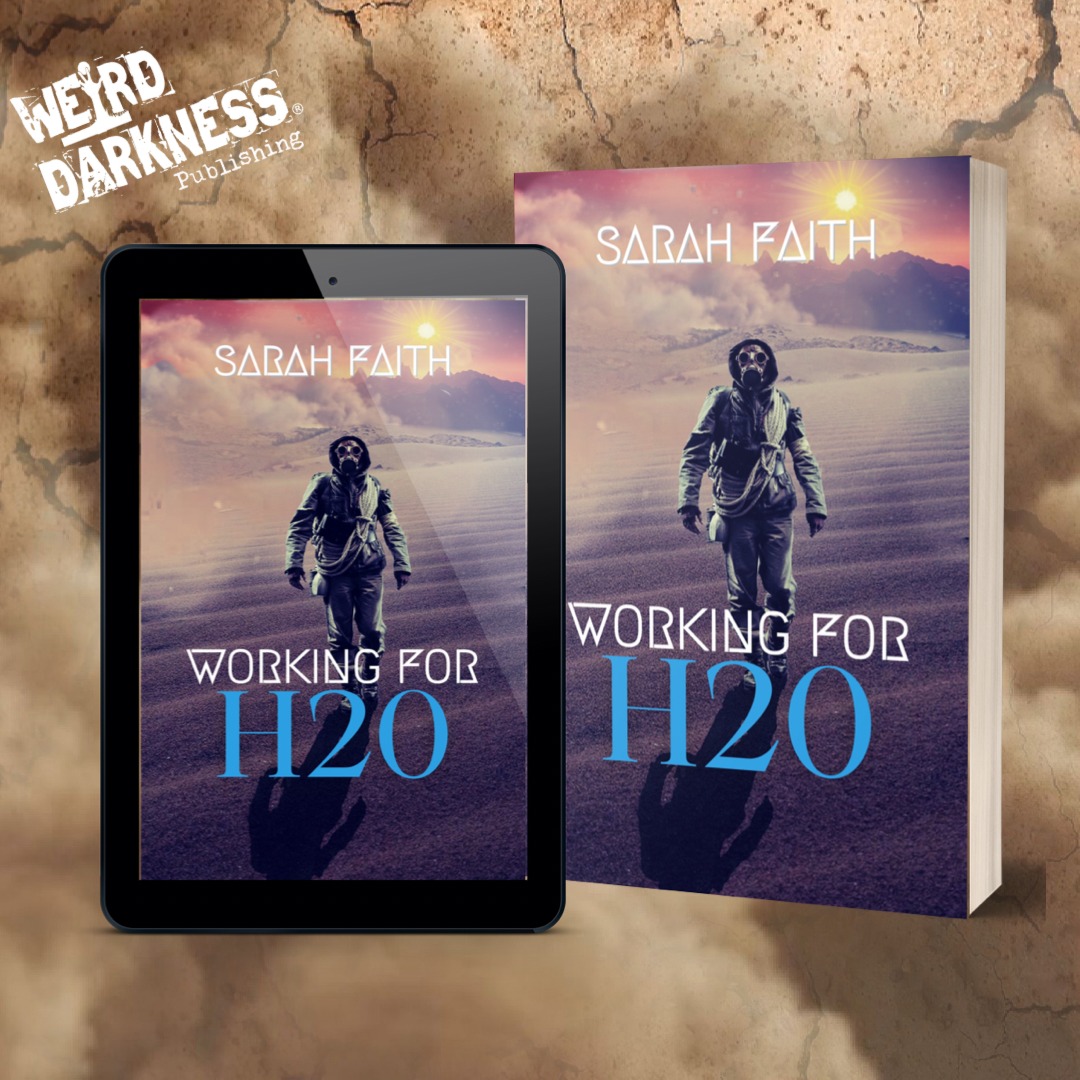 “WORKING FOR H2O” by Sarah Faith (Released August 22, 2022)
Available in paperback, Kindle, and audiobook (narrated by Darren Marlar) at: https://amzn.to/3Q70p0C
In 2025, neutron bombs wipe out much of the world’s drinkable water. For the next several years, survivors exist in deplorable conditions and their rations are dwindling. One woman arises from the camp, determined to improve conditions. Charlotte is ready to do whatever it takes to ensure clean water for her fellow survivors. Water is almighty. Whoever controls the water rules the world. Can Charlotte prevent the power from falling into the wrong hands? 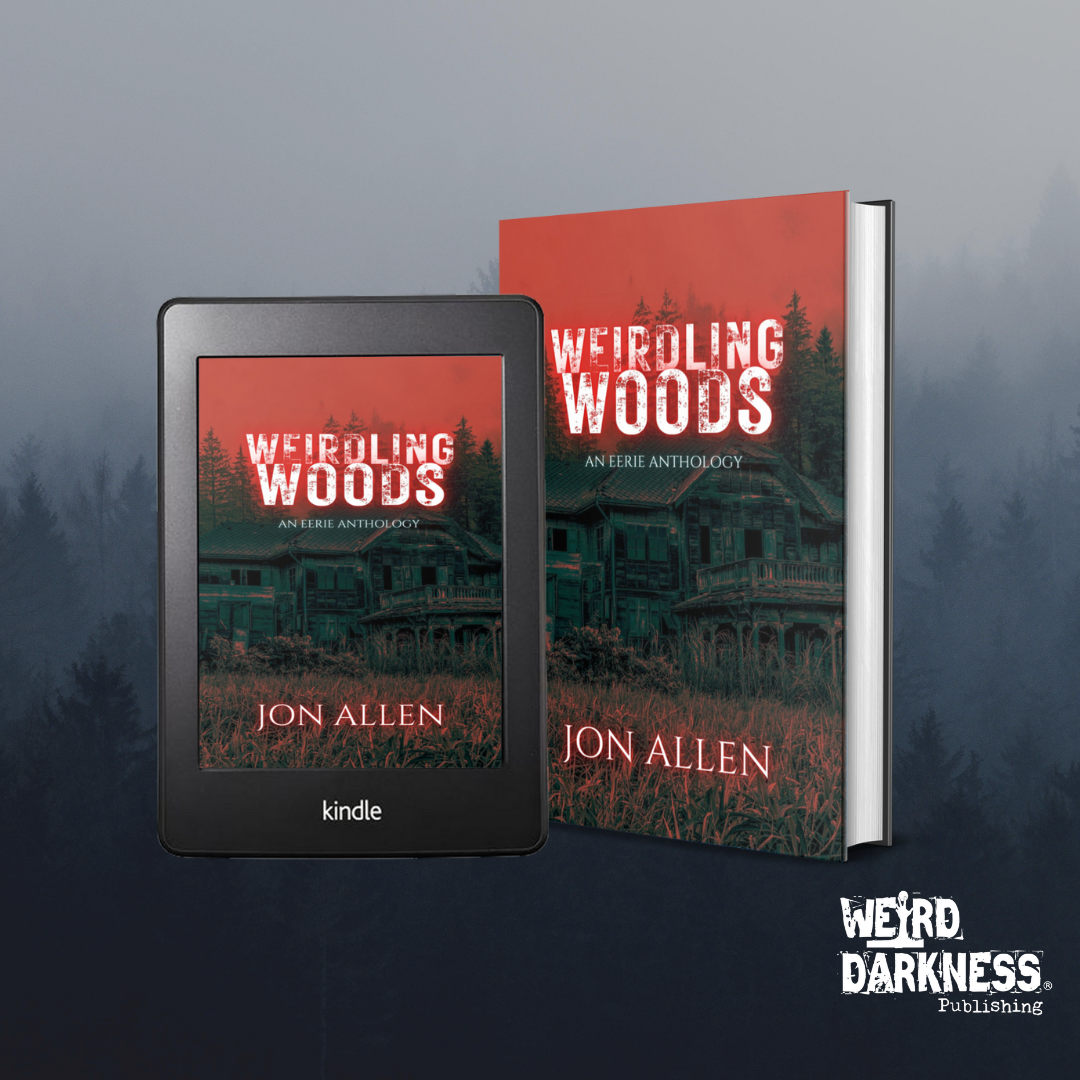 “WEIRDLING WOODS” by Jon Allen (Released July 05, 2022)
Available in paperback and Kindle at: https://amzn.to/3KvpX6y
There is a town just off a forgotten exit on a lost highway. It is a town entombed by sycamores and shadows, trapped  between our realm and another, an otherworldly hamlet misplaced on Earth. It is a town that should be lost to legend and night terrors. Yet unlike folktales as tall as the sycamores that conceal it, the town of Weirdling Woods…is real. In this ominous dimension, this playground for the wicked, life is a nesting doll layered in unrelenting mystery and macabre. Mythology is reality and reality is a fractured spectrum of madness. Come for a visit and stay for eternity. This fever dream of twists, turns and terror is an anthology co-created by author Jon Allen and Darren Marlar, the Oz beyond the curtain of the Weird Darkness empire. There are thousands of stories in the cursed town Weirdling Woods. These are just a few. 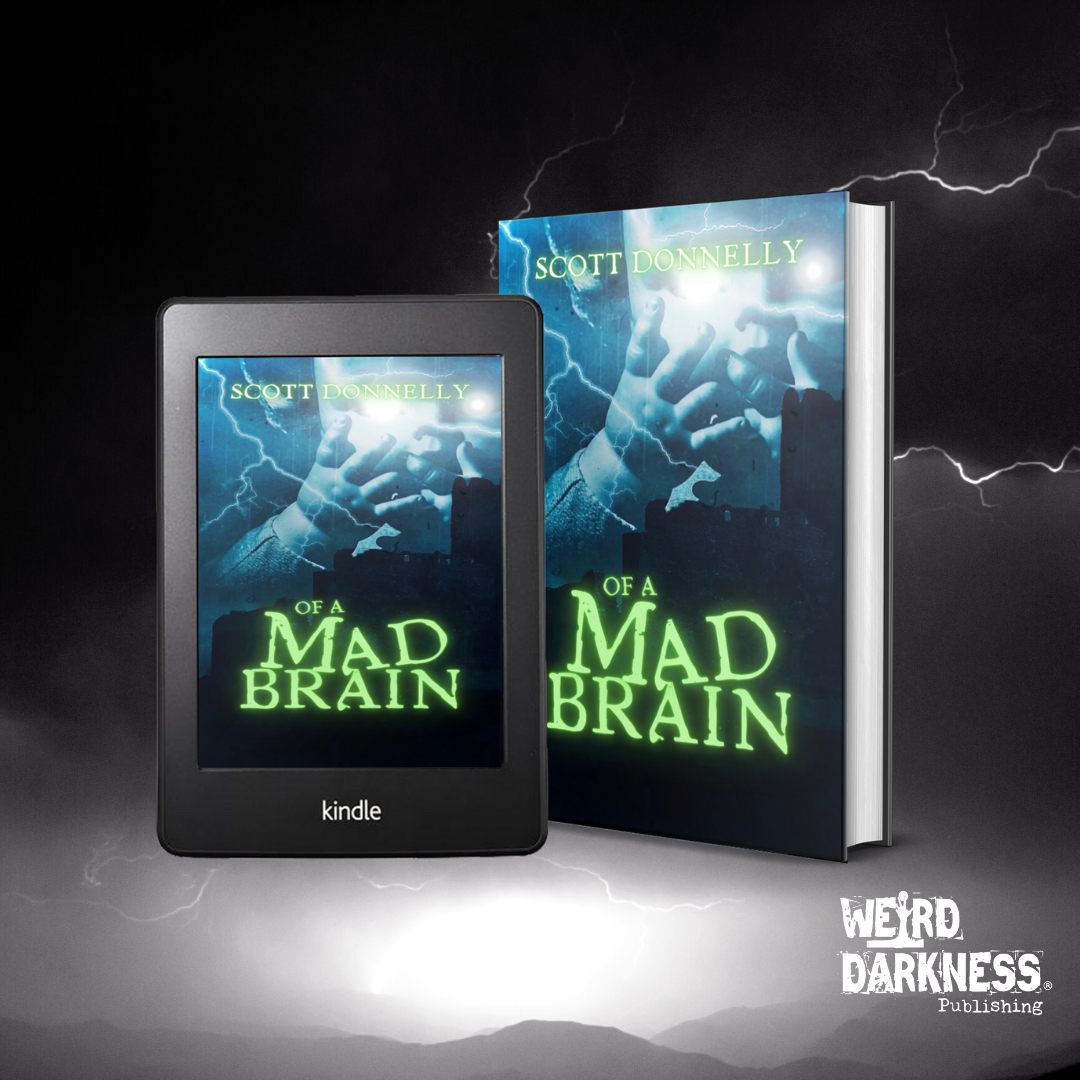 “OF A MAD BRAIN” by Scott Donnelly (Released June 01, 2022)
Available in paperback, Kindle, and audiobook (narrated by Darren Marlar) at: https://amzn.to/3csl2H3
The first letter seemed harmless enough. Possibly even just the result of a mistaken delivery. The second one drew concern, and paired with the unexplained visions of something darkly unsettling, Sam Morris finally caves. The ‘everyman’ safe world he lives in is about to take a drastic and dark turn. He quickly falls into a world of insanity, the morbid and the macabre. He’s drawn into a darkness that is just as deadly as it is mysterious. A darkness that dwells in a house that could only be conjured up by a mad brain.  It is a house that calls you. A house that haunts you with its ghosts. They’ll scratch and claw through your fragile hide, bringing madness bubbling to the surface. Come see the ghosts for yourself…if you dare.