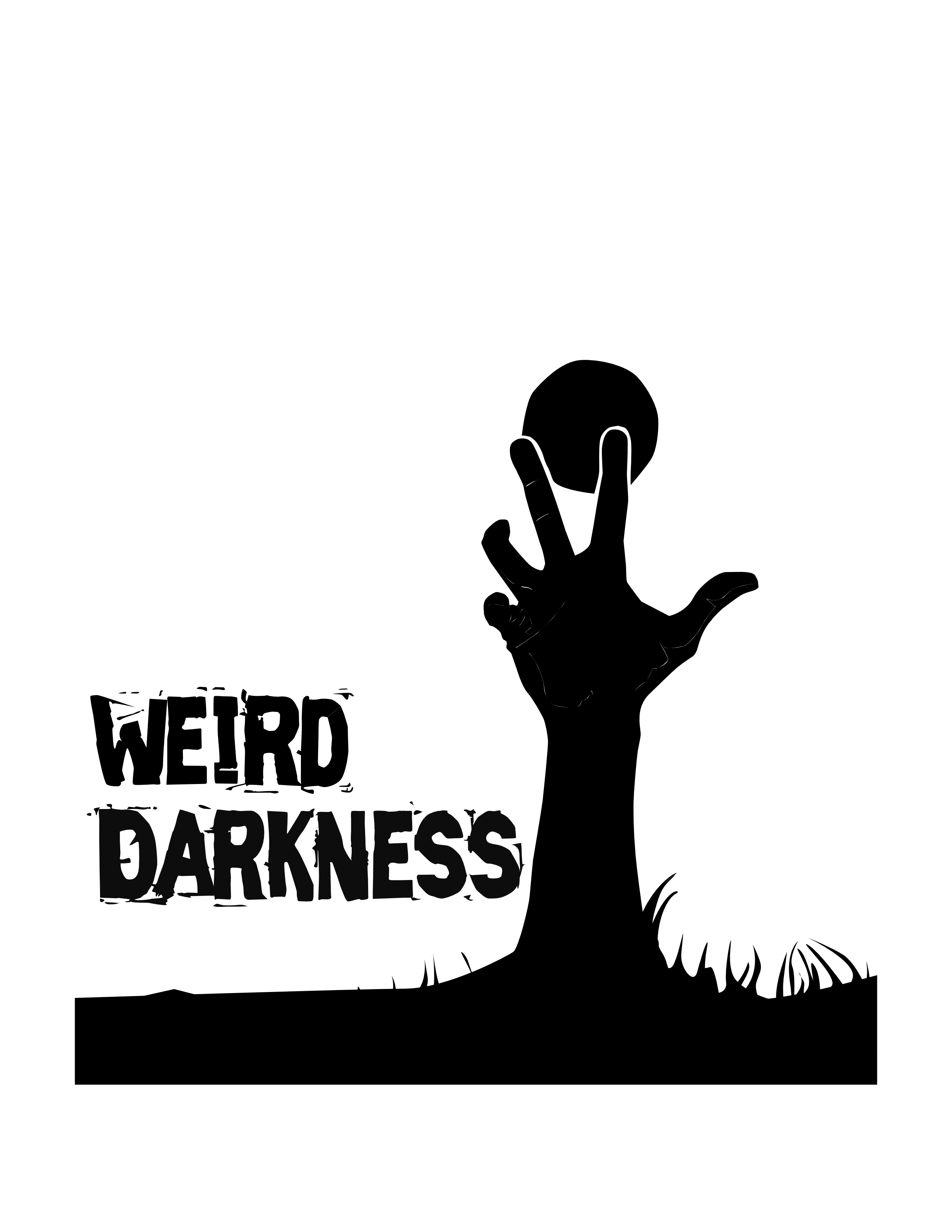 “Welcome, Weirdos!” And with that beginning to each episode, voice actor Darren Marlar brings true stories of the paranormal, supernatural, legends, lore, the strange and bizarre, crime, conspiracy, mysterious, macabre, unsolved and unexplained — seven days a week!
Weird Darkness listeners have described the show as a cross between “Coast to Coast” with Art Bell, “The Twilight Zone” with Rod Serling, “Unsolved Mysteries” with Robert Stack, and “In Search Of” with Leonard Nimoy.

Another year later, and in October 2017 the difficult decision was made to stop making videos entirely and focus solely on the podcast.  Doing this not only increased the quality of each episode, but allowed Darren Marlar to post more often – eventually creating new episodes every weekday, and archive episodes on the weekends.  The show’s popularity exploded. In doing so, Weird Darkness generated over one-million downloads in the first six months immediately following the October 2017 change – and continues to grow even more quickly today with no hint of slowing down. As of October 2021, Weird Darkness was garnering over 1-million downloads per month – making it one of the most listened to podcasts nationwide.

Weird Darkness has also been recognized in the press by Business Insider, Podcast Magazine, Paranormality Magazine, Beyond the Bleak Magazine, and more!

Along with radio and acting, Darren Marlar is well-known as a professional full-time voice over artist.  He has provided quality audio recordings and voice work to clients around the world. If his voice sounds familiar, it is due to having voiced thousands of radio commercials, TV spots, movie trailers, videos, podcasts, audiobooks, corporate presentations, phone prompts, audio theater projects, video games, and more!  Along with the awards he has received for the Weird Darkness podcast, Darren Marlar was also awarded the “Excellence in Broadcasting Award” in 2014 by the Pennsylvania Association of Broadcasters for his commercial VoiceOver work — and he is still in high demand.

Despite being the host of a creepy and macabre podcast, Darren Marlar is actually an outspoken born-again Christian who shares his faith not only in the Weird Darkness podcast when it’s appropriate, but also in a separate podcast where he puts on the reverend robes at Church of the Undead.  Every Sunday “Pastor” Darren brings his flock encouraging, inspirational, or educational messages about what the Bible says, how to live a Christian life in such a dark world, and more… along with a few shorter nuggets throughout the week as he finds time.

Of course, today Darren Marlar is most recognizable as the host of Weird Darkness.

[If you want to find out what equipment Darren Marlar uses for his podcast both in the studio and on the road, or if you want to learn more about how to start your own podcast, click here: https://weirddarkness.com/startapodcast]